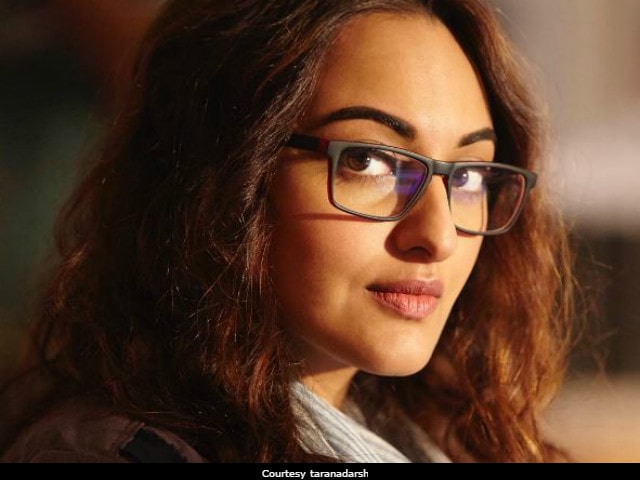 Noor: Sonakshi Sinha in a still from the film (courtesy: taranadarsh)

New Delhi: Actress Sonakshi Sinha returned to the big screen as Noor, a bumbling journalist, who is struggling to solidify her position in the industry. Noor has been at the theatres for two days now and has made a total amount of Rs 3.43 crores, reported trade analyst Taran Adarsh. Noor's performance at the box office improved a little on Saturday with a collection figure of Rs 1.89 crore while the Noor recorded an amount of Rs 1.54 crores on it's opening day, as reported by Taran Adarsh. Mr Adarsh, who tweeted the box office report on Sunday, also added: "Noor remains on the lower side."

Here's how Sonakshi Sinha's Noor has fared so far:

Noor is Sonakshi Sinha's first movie after 2016's Force 2 and Akira. Talking about her character in the film, she told NDTV: "I could relate to the character immediately. When they came to me with the script that was adapted to Mumbai, I knew in the first two pages that I am doing this film. I am part of this film and I am Noor definitely. So it was as quick as that and yes very real character. I've always played kind of larger than life characters in my previous films, but this one was just so real she was an everyday girl."

Promoted
Listen to the latest songs, only on JioSaavn.com
In his review for NDTV Movies, Saibal Chatterjee writes: "Sonakshi, in a zone far removed from the action star mode of Akira, does not put a foot wrong, fleshing out the inner conflicts of a girl on the move rather effectively and without having to overstrain herself."

Sonakshi Sinha co-stars with Kanan Gill, Shibani Dandekar and Purab Kohli in Noor, which has been directed by Sunhil Sippy and hit screens on April 21.