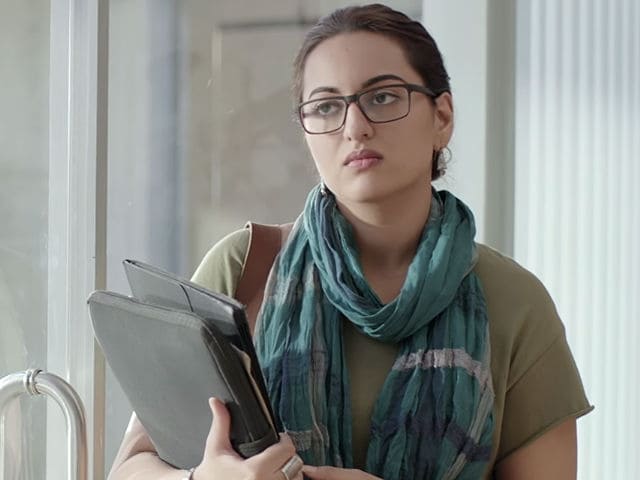 New Delhi: Actress Sonakshi Sinha's recent release Noor got a dull start at the box office, says trade analyst Taran Adarsh. The film opened to damp reviews and made a meagre Rs 1.54 crore on the opening day. Noor opened in 1450 screens along with Raveen Tandon's Maatr and Aparna Sen's Sonata. The film critic also said that Noor "needs a major jump over the weekend to leave a mark." According to a Box Office India report, Noor's first day collection is "not even 50 per cent of other heroine-orientated films." Sonakshi Sinha's Akira, which released last year, opened at Rs 4.81 crore. Last week's film Begum Jaan with Vidya Balan in lead made Rs 3.94 crore on the first day despite competition from Fate Of The Furious.

Sonakshi Sinha's Noor, directed by Sunhil Sippy, is an adaptation of Karachi, You're Killin Me!, by Pakistani novelist Saba Imtiaz. The film's plot revolves around a Mumbai-based journalist, who is fighting bitter-sweet battles on a day-to-day basis. She cribs about her job, her social life and her weight. She finds a whole new purpose to her life after her she uncovers a life altering story through her house-help.

Promoted
Listen to the latest songs, only on JioSaavn.com
In his review for NDTV, film critic Raja Sen said: "Sonakshi Sinha musters up a couple of sincere moments but frequently tries too hard, while her character comes across airheaded, incompetent and unlikable." He gave the film two stars out of five.

Noor also stars Kanan Gill, Shibani Dandekar and Sunny Leone as herself in a special song.