Bidding adieu to Agra, Abhishek posted a pic of the Taj Mahal reminding the people about the con duo (Bunty aur Babli) 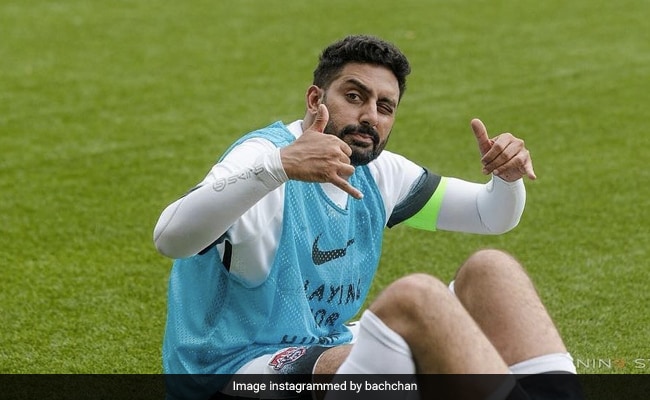 Abhishek Bachchan's love for the Taj Mahal is undying and his Insta update is proof of it. Abhishek, who was in Agra for his film Dasvi, woke up every morning to the mesmerising view of the symbol of everlasting love immortalised by Emperor Shah Jahan. Bidding adieu to Agra, Abhishek posted a pic of the Taj Mahal reminding the people about the con duo (Bunty aur Babli), who leased the monument to a foreigner. Here, Abhishek was referring to his character Bunty from the movie. Rani Mukerji portrayed the role of Babli. The caption reads, "Not a bad view to wake up to every morning! Thank you, Agra for being so beautiful. Till next time." Wait for the best. He further wrote, "#NoBuntyDidntTryAndSellTheTaj." Abhishek is not a part of Bunty Aur Babli 2 that now features Saif Ali Khan, Rani Mukerji, Siddhant Chaturvedi and Sharvari Wagh.

Coming back to Dasvi, the 45-year-old plays the role of Ganga Ram Chaudhary in this Ritesh Shah directed social comedy. In the first look, Abhishek is seen sporting a long mustache with a salt-and-pepper beard.

Yami Gautam and Nimrat Kaur are the female leads.

Abhishek is busy promoting his next venture The Big Bull. The movie shows Abhishek as a stockbroker. The star cast includes Nikiti Dutta, Ileana D'Cruz, Mahesh Manjrekar, Ram Kapoor, Sohum Shah. It is slated to release on Disney+Hotstar on 8 April.