Nick Jonas first met Priyanka at the Met Gala 2017, where they both walked the red carpet together wearing Ralph Lauren and after a few months, they began dating 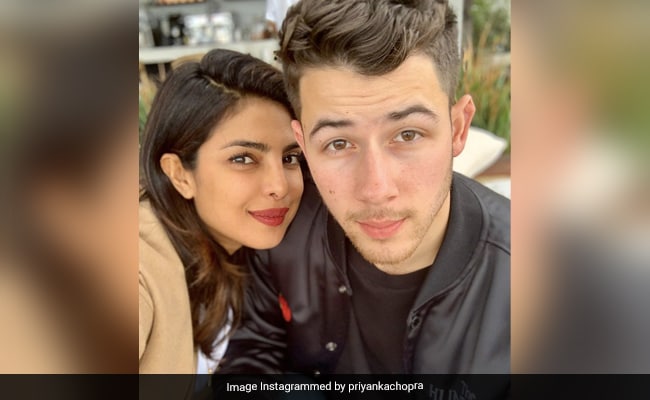 Priyanka Chopra and Nick Jonas are head over heels in love with each other and in a recent interview with SiriusXM, the singer revealed what separates the actress from all the women he has dated before. Nick was promoting his latest album Spaceman when, during an interview, he was asked how his wife Priyanka is different from all the women he had been with before. He said: "It's just that magical connection you've got with somebody when it's right. We're very lucky. We knew each other well before we started dating properly, and I think that foundation as friends always helps in relationships that have evolved in an organic way. It's been a wild first couple of years of marriage, and I'm very blessed to have a life partner that I can rely on, and vice versa hopefully."

Nick had reportedly dated singers Miley Cyrus, Selena Gomez, Delta Goodrem and actress Kate Hudson, among others, in the past.

Nick Jonas first met Priyanka Chopra at the Met Gala 2017, where they both walked the red carpet together wearing Ralph Lauren and after a few months, they began dating. Even though the couple maintained that they were "just friends" at that time, pictures of them hanging out together on several occasions confirmed that they were seeing each other. Nick even accompanied Priyanka to several of her family get-togethers and parties in 2018.

Priyanka Chopra married Nick Jonas in a Christian and a Hindu ceremony in Jodhpur's Umaid Bhawan Palace on December 1 and 2 in 2018.

The actress is currently filming her upcoming series Citadel in London, where she was joined by Nick Jonas and his parents a couple of days ago.

The actress has Matrix and a film with Mindy Kaling lined up.

Moving In With Malaika Teaser: Trolls, Beware, Malaika Arora Is Coming For You