"And just like that we were three," wrote Anita Hassanandani 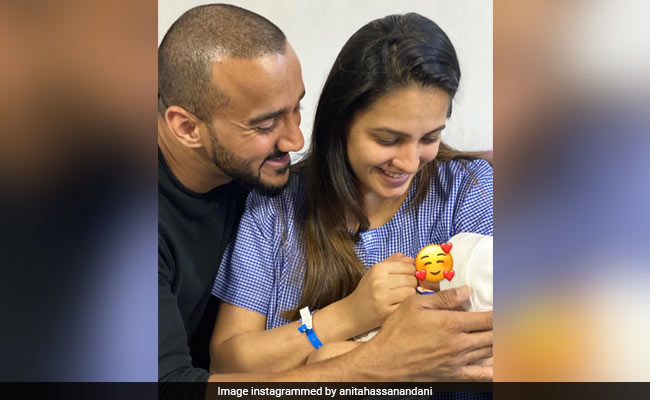 TV star Anita Hassanandani, who recently welcomed a baby boy, shared a priceless picture along with her son, and her husband Rohit Reddy on her Instagram profile on Saturday. In the picture, Anita can be seen holding her baby boy in her arms as she smiles with all her heart. Anita hid the baby's face with a heart-eyed emoji. Along with the picture, she captioned the post: "And just like that we were three! Blessed with the best. Thank you each one of you for your beautiful wishes." She accompanied the post with the hashtag #NewMommyDaddy. In no time, the actress' post was filled up the lots of love from her Instafam.

Anita Hassanandani married Rohit Reddy in the year 2013. Anita Hassanandani is best known for starring in popular TV shows such as Ye Hai Mohabbatein, Kabhii Sautan Kabhii Sahelii and Kkavyanjali, to name a few. She has also starred in movies like Kucch To Hai and Krishna Cottage. Anita was last seen in a brief appearance in the TV show Naagin 4. She played the role of Vishakha Khanna.