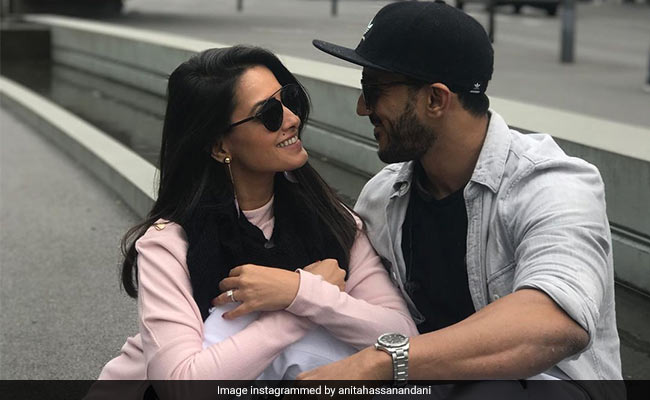 TV star Anita Hassanandani, pregnant with her first child, shared a hilarious post on Instagram with instructions for husband Rohit Reddy on how to prepare for the new arrival. "We need to make room for the little one, my love," Anita wrote in her post - and proceeded to ask Rohit to junk what sounds like most of his stuff. "Like literally. Kindly clean the cupboards. Throw all your shoes and jackets and dumbbells and gadgets and caps," Anita wrote. The photo accompanying the post - a throwback of the couple - features Rohit wearing one of the caps Anita wants him to trash.

Anita Hassananandani and Rohit Reddy married in 2013. They announced the pregnancy - their first child - in October last year. Last month, producer Ekta Kapoor hosted a baby shower for the actress - Karishma Tanna, Krystle D'Souza and others from the TV fraternity attended.

Anita regular documents snippets from her experiences as an expecting mother on Instagram, like this maternity photoshoot that she and Rohit did:

Anita Hassanandani, 39, is known for her work on TV and in films such as Ragini MMS 2 and Krishna Cottage. She has appeared in several South Indian films, among them Thotti Gang and Nuvvu Nenu. Anita's breakout role was in the Balaji Telefilms soap Kkavyanjali; she has had roles on Kyunki Saas Bhi Kabhi Bahu Thi, Kasamh Se, Kis Desh Mein Hai Meraa Dil, Yeh Hai Mohabbatein and the Naagin series. Anita has contested on reality shows such as Khatron Ke Khiladi, Jhalak Dikhhla Jaa and Nach Baliye, the last with husband Rohit Reddy.