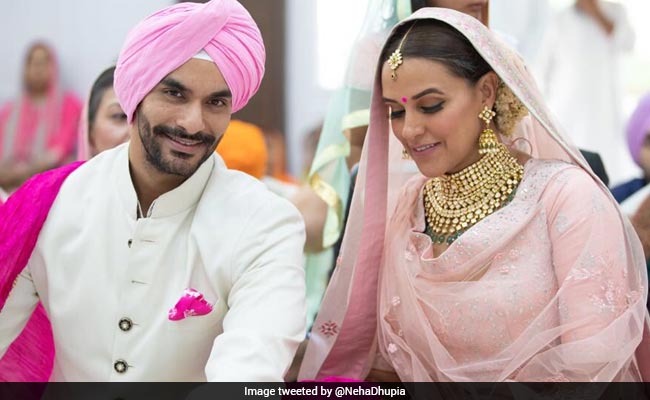 New Delhi: After Sonam Kapoor and Anand Ahuja, actors Neha Dhupia and Angad Bedi have also got married. The newlyweds announced their wedding on social media with pictures from the ceremony. "Best decision of my life. Today, I married my best friend. Hello there, husband, Angad Bedi" tweeted Neha while the groom wrote, "Best friend, now wife. Well, hello there, Mrs Bedi." The wedding happened as per Sikh tradition at a gurudwara in New Delhi. Neha looked radiant in a soft pink lehenga, which she accentuated with gold jewellery and a maagteeka while Angad complemented her in a white sherwani and a pink turban.

Best decision of my life.. today, I married my best friend. Hello there, husband! @Imangadbedipic.twitter.com/a2ePsaXUNN

Congratulations to the couple. 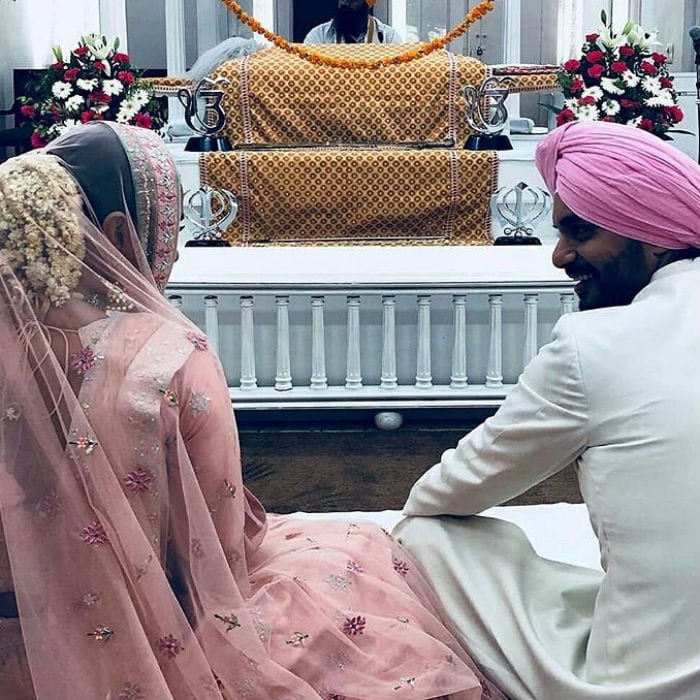 Filmmaker Karan Johar was the first celeb to announce their wedding and congratulated them. "My darling and most special friend, Neha Dhupia, who l love and adore dearly is married to the gentleman and talented, Angad Bedi. Here's wishing them decades of unconditional love," tweeted Karan.

My darling and most special friend @NehaDhupia who l love and adore dearly is married to the gentleman and talented @Imangadbedi !! Here's wishing them decades of unconditional love!!!! pic.twitter.com/LG1nR99aSW

Promoted
Listen to the latest songs, only on JioSaavn.com
Neha Dhupia, 37, a former beauty queen, is best-known for films like Kyaa Kool Hain Hum, Chup Chup Ke, De Dana Dan and Singh Is Kinng. She was last seen in Vidya Balan's Tumhari Sulu and currently features as one of the gang leaders of reality show Roadies Xtreme. Her next film is Eela.