Neha Dhupia Gets A Kiss From Angad Bedi In Birthday Post

Neha Dhupia, birthday wishes from us too! 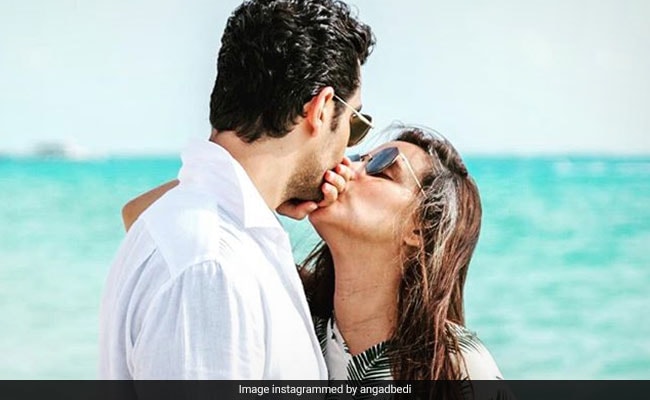 Neha Dhupia - who turned 'Dhupia Bedi' in May - got the best ever birthday wish from her husband Angad Bedi. As a birthday greeting, Angad shared an adorable Instagram post in which the couple can be seen kissing each other and wrote: "Happy birthday my world, Mrs Dhupia Bedi." Neha Dhupia, who celebrates her 38th birthday today, absolutely loved the wish like she said in the comments section: "Thank you, my love. Our first of many as man and wife." Neha Dhupia married Angad Bedi in an intimate ceremony at a Delhi Gurudwara on May 10. The couple also recently announced Neha's first pregnancy with adorable Instagram posts.

The photo appears to be from Angad and Neha's recent vacation to Maldives. Here's how Angad Bedi is setting major husband goals:

The news of Neha and Angad's wedding had come as a surprise when they announced it officially. Soon after, citing the nature of their hush-hush wedding, it was reported that Neha's probable pregnancy may have been the reason for the sudden wedding, something which the couple had discarded back then. Neha only announced her pregnancy earlier this month:

Speaking to news agency IANS recently, Neha said she was body-shamed for putting on weight before she made the pregnancy announcement. Talking about working during pregnancy, Neha said: "That is amazing. I read an article about a woman who was eight months pregnant and was shooting Black Panther and one more... Gal Gadot came back for a patchwork of her films. So I have also continuously been working, and did not go public about my situation, and I was frowned upon on 'Why is she wearing loose clothes or why is she putting on weight?'"

Soon after the pregnancy announcement, Neha and Angad also walked the ramp hand-in-hand at the Lakme Fashion Week. They were showstoppers for Payal Singhal's 'The Show Stopping Bride' collection. 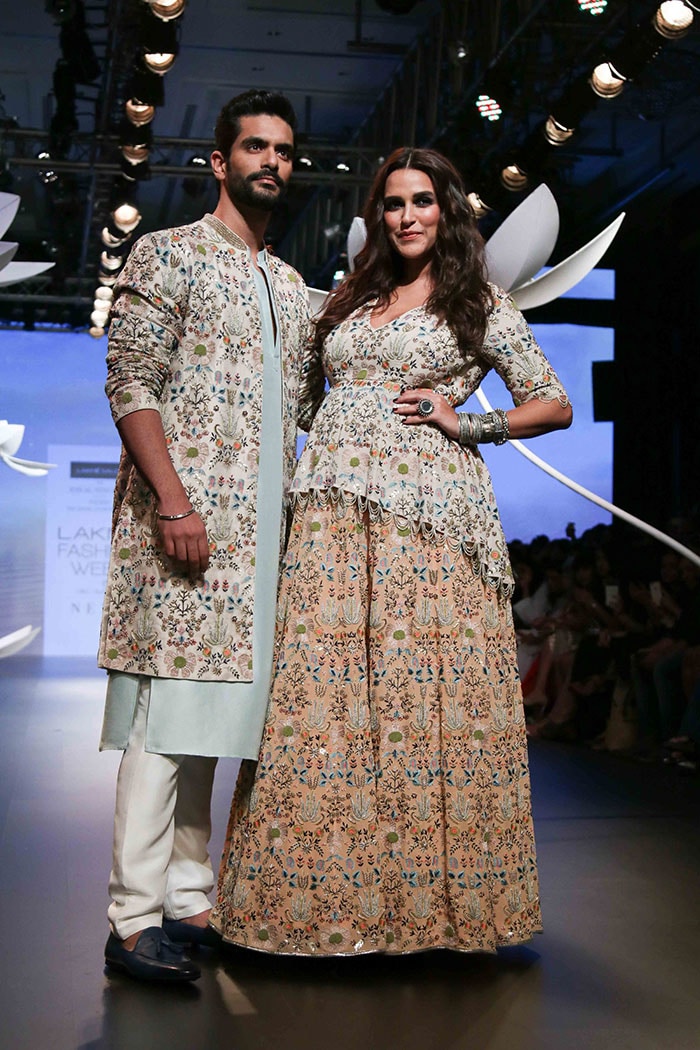