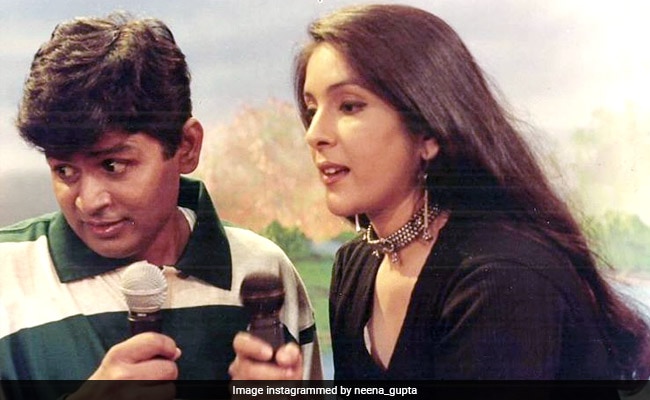 Neena Gupta, who is currently seen as Manju Devi (the Pradhan) in Amazon Prime's web-series Panchayat, shared a throwback picture with her co-star Raghubir Yadav (who stars as the Pradhan pati of Phulera in the show). The 60-year-old actress did not reveal when or where the picture was taken, but she did accompany it with a ROFL caption. "Jab pradhan aur pradhan patni jawan thay. Raghubir aur main," she wrote. Neena Gupta'sShubh Mangal Zyada Saavdhan co-star Maanvi Gagroo commented on the post: "Hahaha! Love this pic and the caption."

Speaking of her equation with Raghubir Yadav, in an interview with Rajeev Masand, Neena Gupta said, "I have worked with Raghubir in Suraj Ka Satvan Ghoda and we will next be seen together in Sandeep Aur Pinky Faraar. We have known each other since NSD and no matter how long we stay out of touch, when we meet, we feel the same affection for each other."

Directed by Deepak Kumar Mishra, Panchayat showcases the life of a young man from Delhi, who joins as a secretary in a Panchayat office in a remote village of Uttar Pradesh. Other than Neena Gupta and Raghubir Yadav, the series also features Jitendra Kumar, Biswapati Sarkar, Chandan Roy and Faisal Malik in pivotal roles. Jitendra played the role of Neena Gupta's son in the film Shubh Mangal Zyada Saavdhan.