Neena Gupta On Panchayat: "I Didn't Think Anyone Will Watch The Series"

"When I read the final episode's script, I just said yes to it promptly," said Neena Gupta 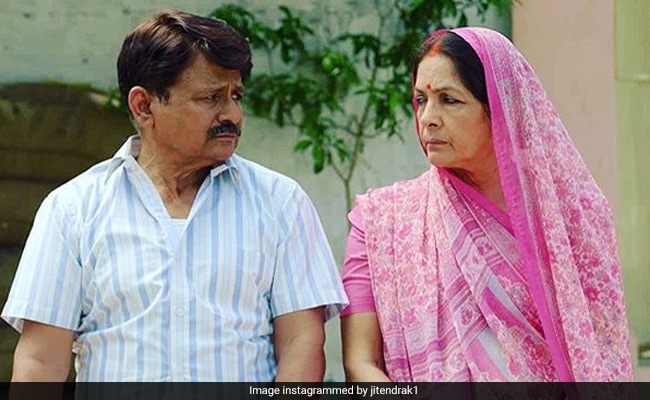 Neena Gupta, who played the role of Panchayat pradhan's wife Manju Devi in the Amazon Prime web-series Panchayat, confessed to Rajeev Masand in an interview that she thought no one will watch the web-series. Rajeev Masand, in a skype interview, got the lead cast of Panchayat including Neena Gupta, Raghubir Yadav and Jitendra Kumar together. From their respective characters to Neena Gupta and Raghubir Yadav's friendship, the cast spoke about everything. Neena Gupta told Rajeev Masand, "I didn't think anyone will watch the series. But when I read the final episode's script, I just said yes to it promptly."

Speaking about his character, Jitendra Kumar told Rajeev Masand, "Though the character was irritated by the happenings in the village, he would always abide by the pradhan, played by Raghubir Yadav and Neena Gupta, his wife." Jitendra also spoke on being widely accepted as a guy-next-door protagonist in all the web-series he has acted in, till date.

Speaking of her on-screen chemistry with Raghubir Yadav, Neena Gupta said, "I have worked with Raghubir in Suraj Ka Satvan Ghoda and we will next be seen together in Sandeep Aur Pinky Faraar. We have known each other since NSD and no matter how long we stay out of touch, when we meet; we feel the same affection for each other."

Raghubir Yadav, who is widely known for his theatre performances, told Rajeev Masand why he would never choose the film and television medium over theatre. He said, "Since I have worked more in theatre, I have a certain attachment with that medium. Also, I don't like the caricature of film and Television much.:

Written by Chandan Kumar and directed by Deepak Kumar Mishra, Panchayat traces the life of a young man from Delhi who joins as a secretary in a Panchayat office in a remote village of Uttar Pradesh. Beside Jitendra Kumar, Neena Gupta and Raghubir Yadav, the series also stars Biswapati Sarkar, Chandan Roy and Faisal Malik in leading roles.