Neena Gupta On India's #MeToo:"Now, People Will Be Wary" 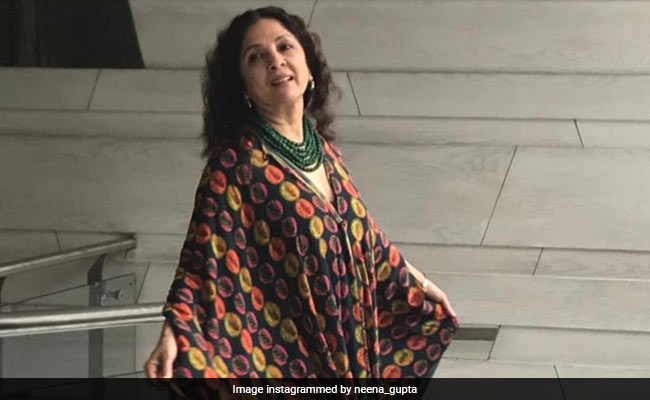 While #MeToo allegations continue to pour in with new names cropping up each passing day, actress Neena Gupta believes that alleged predators will now be "wary" of engaging in any sort of misconduct in workplace or anywhere else. In an interview to news agency IANS, Neena Gupta added that girls have now got the "strength" to come out with their #MeToo accounts but only those who have nothing to lose will name their harassers. "See, proving (an experience) is very difficult here. Right now, girls have got the strength to speak up, but those girls will say (take names) who have nothing to lose. Girls who have still something to lose, will not be able to say. But I think whether (the movement) stays or fizzles out, people will be wary of doing anything of this sort now," said the 59-year-old actress.

#MeToo Movement started in India after actress Tanushree Dutta revived a decade old harassment case against Nana Patekar over two weeks ago. She alleged that Nana Patekar had sexually harassed her on the sets of a 2008 film and also tried to intimidate her. Following her statement, several other women came forward with their harrowing #MeToo accounts. Speaking on why the naming and shaming came so late, Neena Gupta added: "That's how it is. That's how it works here. I say in conferences 'I think it's a curse to be born a woman in India, especially a poor woman'. Being a poor woman is a curse... It gives me so much pain when I see them."

In an earlier interview to news agency PTI, the actress had revealed how she herself had faced "such incidents" in her time in college. "#MeToo has shaken the whole industry. But the sad part is that it is so hard to prove such incidents. I have been on my own for the longest time and have faced a lot of such incidents during my days in college, National School of Drama. I don't know how we can get a proof of a person groping us or touching us inappropriately. All we could do at that time was get used to it or try our best to avoid it," the actress said.

Meanwhile, Neena Gupta, Ayushmann Khurrana and Sanya Malhotra's film Badhaai Ho released recently. Badhaai Ho is an unconventional story of a middle aged couple (played by Neena Gupta and Gajraj Rao) with a grown up son (Ayushmann Khurrana), who are about to become parents again. The film, which released on Friday mostly opened to positive reviews.