Neena Gupta: 'Portrayal Of Women In Indian Cinema Has Not Changed'

"It will take time to change the society," Neena Gupta said 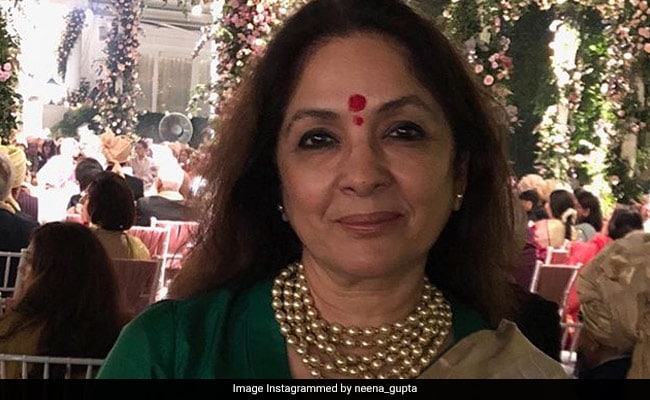 Neena Gupta, who is basking in the success of her recently released film Badhaai Ho, in an interview to news agency IANS said that the portrayal of women in Indian cinema has "not changed" and will remain stagnant until the "society changes" altogether. "It (portrayal of women in cinema) has not changed at all. It will not change till the time the society changes and it will take time to change the society," Neena Gupta told IANS. The 59-year-old actress pointed out that women in the industry are drastically while the men remain unaltered. "The girls are changing quickly but the men are not changing. That is why the girls will go through a very bad time now till the next generation comes," the actress added.

Speaking about her struggling days in the industry, Neena Gupta in an earlier interview to IANS said that the fan following she has today is because of her appearance in over a dozen of television serials. "I used to get small and useless roles in movies. Then I thought I should do just TV and today the fan following I have is because of working on television," she added.

Neena Gupta will be next seen in Parineeti Chopra and Arjun Kapoor's Sandeep And Pinky Faraar. She is also part of Ashwiny Iyer Tiwari's Panga, starring Kangana Ranaut Jassie Gill. Richa Chadha and Pankaj Tripathi. Speaking about her role in Panga Neena Gupta said: "It's a small role but a nice one."