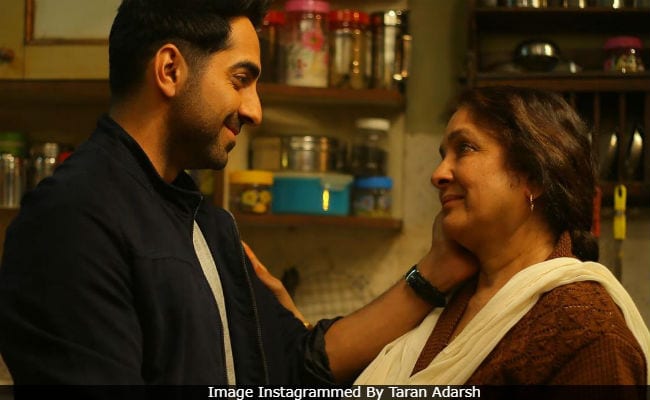 Megastar Amitabh Bachchan wrote to actress Neena Gupta and praised her performance in the recently-released film Badhaai Ho, which also stars Ayushmann Khurrana. Mr Bachchan sent her a handwritten note and flowers. Neena Gupta Instagrammed a picture of the note she received from Amitabh Bachchan and wrote, "Aapse ye patr aur pushp paake ankhen khushi se bhar aain. Thank you so much, Amitabh Bachchan sir." In the letter which is written in Hindi, Amitabh Bachchan said that he liked her work in Badhaai Ho. In the film, Neena Gupta is paired opposite actor Gajraj Rao. The film's plot is based on the story of an elderly couple, played by Neena Gupta and Gajraj Rao, who are expecting their third child. Ayushmann plays their eldest son, who is in his late twenties. Sanya features his love interest.

Badhaai Ho has made over Rs 100 crore at the box office (and still counting). The current total of the film is Rs 119.30 crore as of now.

Of signing the film, Neena Gupta told news agency IANS, "I did not even read the script of the film because the subject was so interesting. Female actors of our age don't get a chance to play such interesting characters. This phase of our life is not addressed only in our Hindi cinema. But I think the change is happening because of the youngsters who are writing such scripts."