Neena Gupta Gets A Bob Cut, Requests Google To Change Her Age

Have you seen Neena Gupta's new look yet? 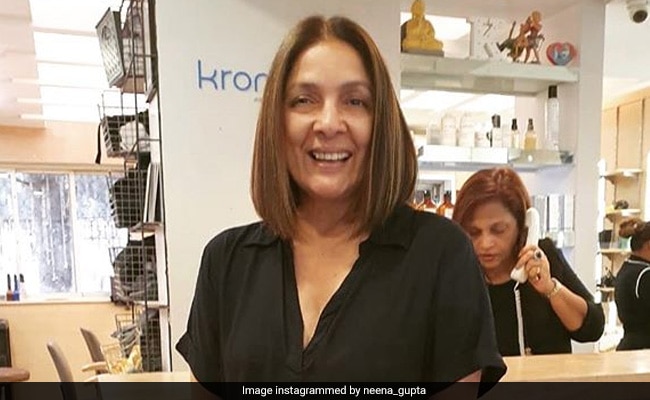 Neena Gupta's Instagram posts are getting more and more interesting with each passing day. The 60-year-old actress recently walked through the doors of a hair studio only to come out with a new look, which she had to had to share with her fans on social media. Badhaai ho, Neena Gupta. Now, she sports a bob cut and looks all the more stunning. The Panga actress shared her look with a photo from the salon and jokingly made an adorable request to Google in the form of an ROFL caption. "Google walo ab toh meri umar kam karke likh do (Folks at Google, please reduce my age now)." On this note, let us just say that Neena Gupta really defines the saying 'Age is just a number.' Doesn't she?

For Neena Gupta, who is currently flooded with work, "age" has been an issue of sorts in her career. In several interviews, including one to news agency IANS, the actress had said that: "In Indian families, an older woman is a useless woman. The same way older actresses hardly have any role. It is a mirror image of society. I don't expect much from acting at this age." She also spoke about getting offers to play the roles of mothers but she's more than happy to accept such scripts as opposed to no work at all.

Neena Gupta confessed that after the success of Badhaai Ho, in which she played the role of a middle-aged woman dealing with an unexpected pregnancy, there's been no dearth of work for her.

On the work front, Neena Gupta plays the role of Kangana Ranaut's mother in Panga, which is now in theatres. She will soon be seen in Shubh Mangal Zyada Saavdhan and also has cameo in Ranveer Singh's '83.