Why Neena Gupta Is 'Jealous Of' Young Actresses

"I get jealous of all the young girls who are doing such good work," Neena Gupta said 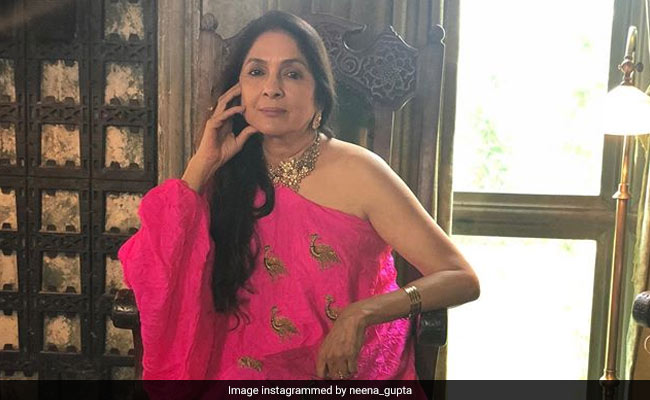 Neena Gupta will soon be seen in Panga (courtesy neena_gupta)

Neena Gupta is thrilled about the kind of work coming her way, but at the same time the actor says she feels envious of the younger generation of women in the industry, who are getting a chance play varied parts so early on in their careers.

Neena Gupta, 60, said she found a new lease of life as an actor with films like Badhaai Ho, Mulk, and Veere Di Wedding. "I'm very happy that I'm getting such substantial roles. I feel I've got a new lease of life. I feel energetic and happening."

"But I'm also very sad. I wish I was much younger now. There are so many platforms, possibilities. So, I get jealous of all the young girls who are doing such good work," the actor told PTI.

In 2017, Neena Gupta took to Instagram to ask for work, which eventually led her to score Anubhav Sinha's Mulk.

The actor, however, received widespread acclaim for starring in the National Award-winning Badhaai Ho Neena Gupta said Badhaai Ho was a happy accident and if the film hadn't come to her, nothing for her would have changed. "Badhaai Ho came to me by chance, if another actor had done it, I would've been at the same place. Films are a business. They take who's working. I won't get a role if I say I want to do that. It depends on how saleable you're at that time."

Post the film, while offers have come her way, Neena Gupta said she is "realistic" about the kind of work which will knock her doors.

"I got offered big roles after Badhaai Ho but if the film hadn't worked, I wouldn't have gotten. It's business, nobody is emotional about it. I used to not get work even on TV, but wherever I went, they'd treat me with respect but never offer work," she added.