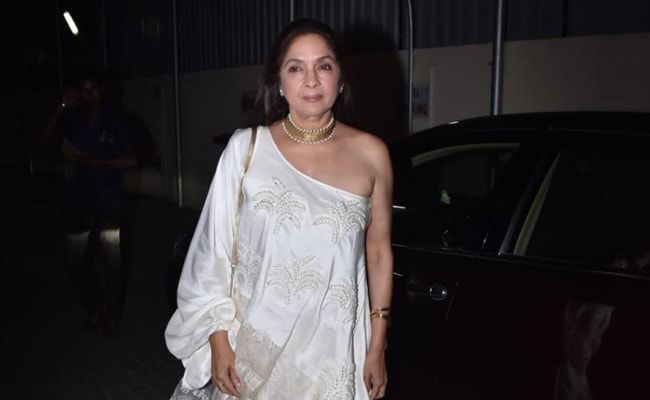 Neena Gupta at the Panga screening

Neena Gupta, who had tweeted last year "Apna time ayega", recently said at a promotional event for Kangana Ranaut's new film Panga on Wednesday that: "Mera time a gaya hai... der se (but) agaya (My time has come. A little late but has come)." Neena Gupta, who is busy juggling promotional duties for Panga and Shubh Mangal Zyada Saavdhan, has often called out Bollywood for considering older actresses as obsolete, said at the press conference that she is happy with the film offers she's getting. Quoting a few lines from a poem written by actor Rakesh Bedi for her, Neena Gupta said: "Mera time a gaya hai... mera time a gaya hai... (My time has come) phir main sochu, mera time mujhe chhorke gaya hi kab tha... (then I think time had never left my side) main hi lambi chutti pe thi... kaam pe dhyan diya hi kab tha (I myself was on a long vacation, wasn't concentrating on work)."

In September last year, Neena Gupta wrote "Chalo, apna time ayega" in reference to the film Saand Ki Aankh, which cast Taapsee Pannu, 32, and Bhumi Pednekar, 30, in the roles of 60-plus characters. In another tweet, Neena Gupta had said: "Hamari umar ke role toh kam se kam humse kara lo bhai." Taapsee Pannu defended her casting in a lengthy statement, saying: "Do we ever want to embrace the positivity or just keep liking all the negativity and glorifying it to save our lack of risk-taking tendencies?"

Last week, Neena Gupta told Hindustan Times in an interview that: "When (producer) Anurag (Kashyap), announced this film Saand Ki Aankh, I called him and said 'Ye role to mai kar sakti hu, kya tum young ka kar rahe ho ya old ka kar rahe ho(I can do this role, are you tracing the younger part of their lives or the older one)?' He said 'I wanted to take older actors but my financers said you have to take younger girls'. So it is business - who is suited to the project is taken."

Neena Gupta plays Kangana Ranaut's mother inPangawhile inShubh Mangal Zyada Saavdhan, she features as Ayushmann Khurrana's mom. Neena Gupta was critically acclaimed for her role as a middle-aged housewife who finds herself unexpectedly pregnant. However, the 60-year-old actress was asked to make an exit from Sooryavanshi after just a few days of shoot as her casting as 52-year-old actor Akshay Kumar's mother did not work out.