"When Anurag announced this film Saand Ki Aankh, I called him and said 'Ye role to mai kar sakti hu," Neena Gupta said in an interview 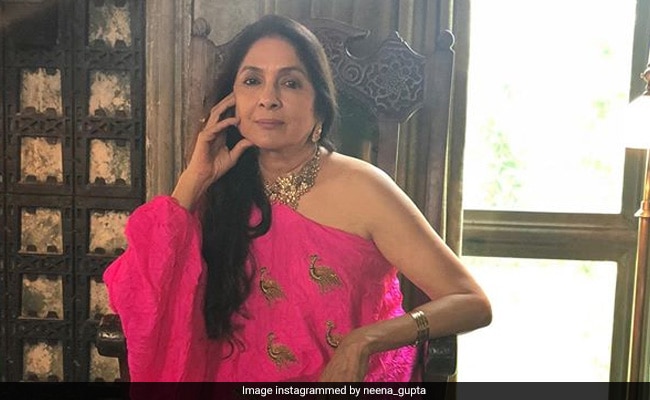 Actress Neena Gupta, who had previously tweeted "Hamari umar ke role toh kamse kam humse kara lo bhai," in reference to Taapse Pannu and Bhumi Pednekar's casting in Saand Ki Aankh, told Hindustan Times in an interview that Anurag Kashyap, who co-produced the movie, was in favour of casting older actresses. Neena Gupta also revealed that when the film was announced, she called up Anurag Kashyap to say that she could also have been considered to be cast. Speaking to the publication, Neena Gupta said: "Film industry is business. If you sell, you are taken into a film, if you don't then you are not taken. When Anurag announced this film Saand Ki Aankh, I called him and said 'Ye role to mai kar sakti hu, kya tum young ka kar rahe ho ya old ka kar rahe ho(I can do this role, are you tracing the younger part of their lives or the older one)?'"

Talking about Anurag Kashyap's response, Neena Gupta said: "He said 'I wanted to take older actors but my financers said you have to take younger girls'. So it is business - who is suited to the project is taken," Hindustan Times quoted her as saying.

After the trailer of Saand Ki Aankh released last year, the casting was criticised by a section of the Internet, who asked why older actresses were not cast in the movie. Netizens also came with alternate suggestions such with Neena Gupta being a repeated recommendation. Replying to one such tweet that said: "I kinda wish older actors were cast in these roles. Could you imagine Neena Gupta, Shabana Azmi or Jaya Bachchan?", the60-year-old actress wrote: "Yes I was just thinking about this. Hamari umar ke role toh kam se kam humse kara lo bhai."

Hours later, Taapsee Pannu defended her casting in a lengthy statement, saying: "Do we ever want to embrace the positivity or just keep liking all the negativity and glorifying it to save our lack of risk-taking tendencies?... Or is it just reserved for two females, who at relatively nascent stage of their carrier, venture out to do something which we were told most of the people turned down?"

I hope and can only hope this will answer the question once n for all coz honestly now it's getting boring for us to repeat ourselves.
So all you lovely people here goes my RESPONSE -#SaandKiAankhpic.twitter.com/guldaTWaks