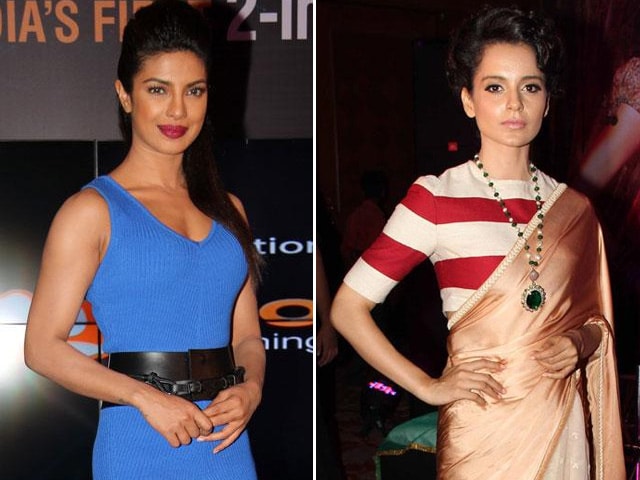 Priyanka was pitted against Kangana in the Best Actress category.

New Delhi: Actress Priyanka Chopra took to micro-blogging site Twitter to congratulate actress Kangana Ranaut for bagging the National Award for Best Actress, for her role in Queen. The winners of 62nd National Film Awards were announced in a press conference in New Delhi on March 24.

Priyanka, who was pitted against Kangana for her role in Mary Kom, tweeted:

I hate losing.But if I had to take a back seat to anyone this year it would be U #KanganaRanaut ! Congratulations!yay Queen!#SmallTownGirls

Priyanka also congratulated director Vishal Bhardwaj, with whom she has worked in Kaminey. Mr Bhardwaj's Haider bagged five awards this year. She tweeted:

Congratulations @bharadwajvishal for all your wins for Haider. So well deserved sir!