National Awards: Aishwarya, Abhishek and Jaya Cheer For Big B 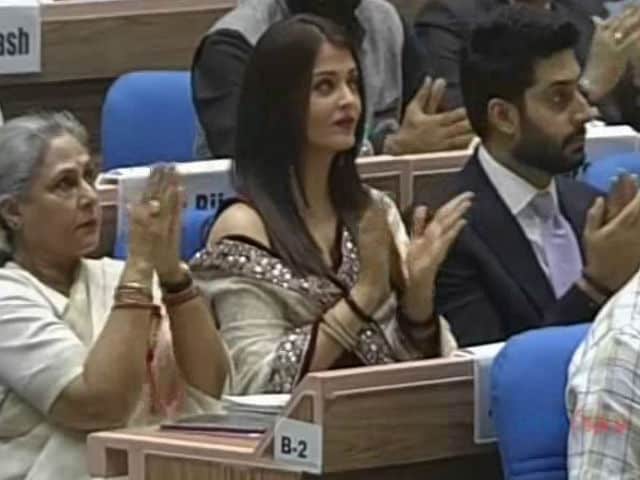 The Bachchans at the National Awards ceremony in Delhi. (Image courtesy: DD National)

New Delhi: Amitabh Bachchan was today accompanied by his family to the 63rd National Film Awards ceremony in New Delhi where the megastar will receive the best actor honour for his role of a hypochondriac father in Piku.

It will be Mr Bachchan's fourth National award and son Abhishek Bachchan, daughter-in-law Aishwarya Rai Bachchan, wife Jaya Bachchan and daughter Shweta Nanda turned up at the ceremony to cheer for the actor.

The star, 73, will receive the honour from President Pranab Mukherjee.

His previous National Awards were for his performances in Agneepath, Black and Paa.

One of the most sought after stars in Bollywood, the actor will next be seen in Te3n and Shoojit Sircar's Pink.