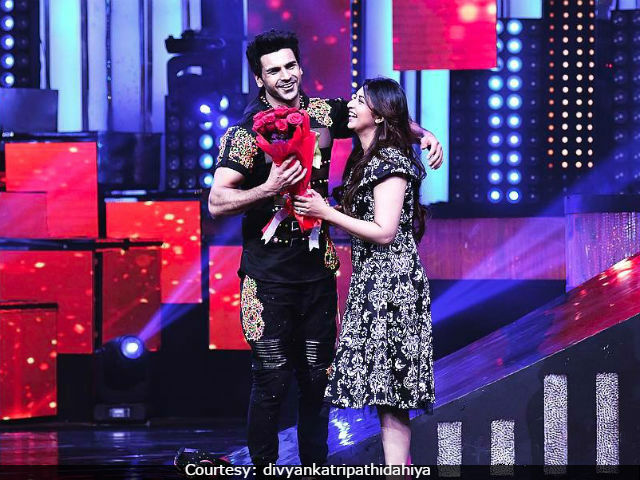 New Delhi: Actor Vivek Dahiya had to perform alone on Sunday's episode of couple dance reality show Nach Baliye 8, as his wife Divyanka Tripathi, has been advised bed rest due to severe back pain. However, Divyanka made sure to be on her husband's side during his performance. Meanwhile, Siddhartha Jadhav of Golmaal Returns and his wife Trupti, were eliminated. Sanaya Irani, Mohit Sehgal and Aashka Goradia, Brent Goble became the highest scorers. After Hrithik Roshan, the second celebrity guests of the show were cricketer Harbhajan Singh and his wife Geeta Basra. The couple danced to Muskurane Ki Wajah from CityLights. Harbhajan also showed-off his dancing skills with contestant Bharti Singh as they grooved to Kala Chashma. However, the cricketer failed terribly in the pole dance.

Despite putting up a good show on Saturday, Siddhartha and Trupti got less votes. The couple also received a standing ovation for their dance on Jo Tu Mera Humdard Hai from Ek Villain. Mohit Suri, who is one of the judges of the show, praised Siddhartha and Trupti's performance and said that they did complete justice to his film's song. Vivek's performed with his choreographer Sonali to Tu Cheez Badi Hai Mast 2.0, for which, he received great compliments.

Promoted
Listen to the latest songs, only on JioSaavn.com
Here are some of the highlights of the show: