"Happy 4th of July!" Priyanka Chopra wrote in the caption of her photo 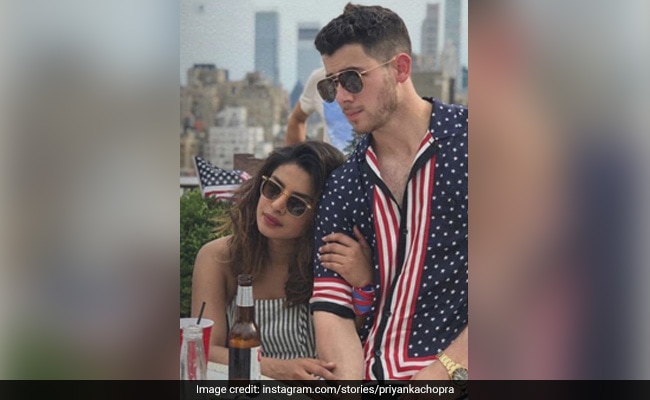 As the United States celebrated its 245th Independence Day on July 4, Priyanka Chopra picked an adorable throwback photo of herself and her husband, singer Nick Jonas, to mark the anniversary of the founding of the US. On her Instagram story on Sunday evening (Monday morning in India), Priyanka, who is currently in London, shared an old photo of herself celebrating the Fourth of July with Nick Jonas, who spent the holiday on Sunday by watching a baseball game in Cleveland, Ohio. "Happy 4th of July! #throwback," Priyanka Chopra wrote in the caption and called Nick her "firework" while sharing the photo that appears to be from their Fourth of July celebrations from 2018.

In the throwback picture, Priyanka can be seen leaning onto Nick. She looks pretty in a black and white outfit. 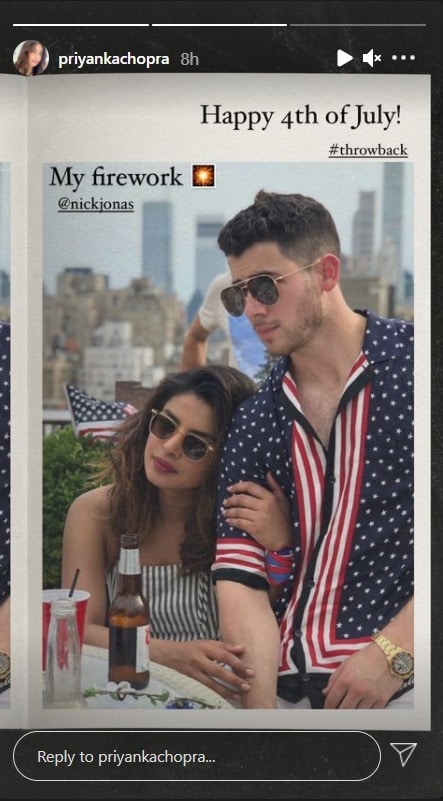 Earlier on Sunday, Priyanka gave a glimpse of herself enjoying "summertime in London." Take a look: 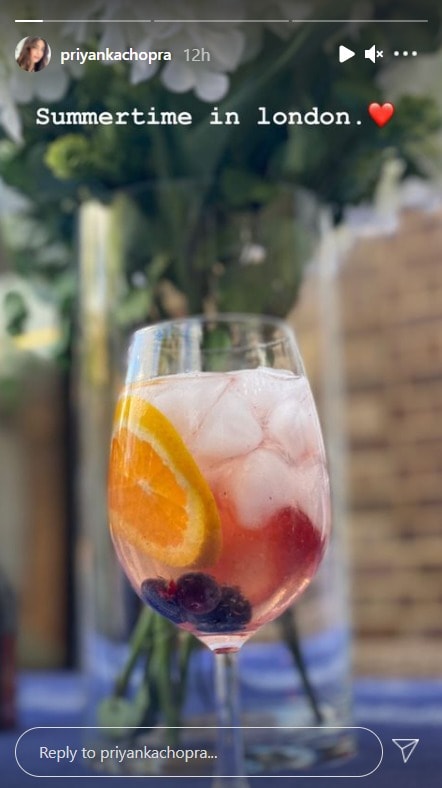 Priyanka Chopra was in London filming her new series Citadel. She returned to California, where she lives with her husband Nick Jonas, for some days last month before travelling back to London to resume work.

A couple of days ago, Priyanka posted a picture from her "quarantine life" in London.

In terms of work, Priyanka Chopra was last seen in The White Tiger, in which she co-starred with Rajkummar Rao and Adarsh Gourav. The film was nominated in the Best Adapted Screenplay category for Oscars 2021 but Anthony Hopkins' The Father, competing in the same category, won the award. She is now busy with Citadel, a multi-series with productions from India, Italy and Mexico and directed by The Russo Brothers.