Mubarakan Movie Review: The film is generally puerile, occasionally fun, and always unabashedly over the top. 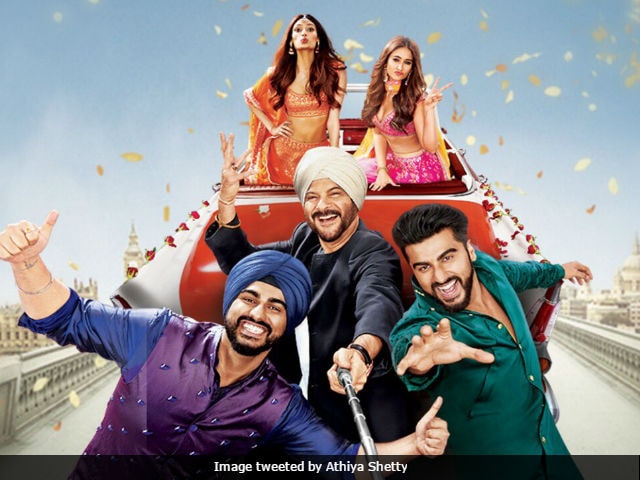 Twin trouble capers come preloaded with a certain degree of comic verve. So does Mubarakan, directed by Anees Bazmee of No Entry and Singh is Kinng fame. But in trying to squeeze every ounce of hilarity out of its scrappy screenplay, the film goes overboard with its excessive cheeriness and swerves into the realms of inanity. In the bargain, it loses its way completely after delivering a fairly breezy first half.

Mubarakan is generally puerile, occasionally fun, and always unabashedly over the top. It is just the sort of mix of song, dance, comic gags and unbridled lunacy that Bollywood's mass audience so loves. So, there is superhit written all over the film, but this puffy concoction simply isn't for those with a taste for more subtle and easy-flowing humour. Mubarakan tries too hard to tickle our funny bones and the effort shows.

Its songs and comic gags are of the routine variety. It seeks to propel itself on the back of the seductive power of familiarity, manages to do a tolerable job pre-interval but, taken as a whole, Mubarakan is neatly and niftily packaged crap that never stops reeking of stupidity. If there is anything positive in this attempted laugh riot, it is its refusal to take itself seriously - an attribute that stands the film in good stead when it begins to stretch beyond the plausible and the passable.

Mubarakan is a comedy that revolves around two weddings and a whole lot of confusion. Before the lovebirds can have their nuptials solemnized in a gurudwara, they have to fly though two-and-a-half hours of turmoil caused by familial pressures and mistaken amorous liaisons.

The twins separated at birth are played by Arjun Kapoor. One, Charan, grows up as a turbaned Sardar in the home of Baldev (Pavan Malhotra) in Punjab. The other, Karan, is raised by Baldev's elder sister Jeeto (Ratna Pathak Shah), in London. In the film's opening sequence, the two boys lose their parents in a road mishap. Their spinster uncle Kartar (Anil Kapoor), who has turned a rustic part of the UK into a mini Punjab, divides the orphans between his two elder siblings and then proceeds to fuel the chaos that ensues when the duo is ready for dalliances.

The clumsy Charan, five minutes Karan's junior, loves Nafisa Qureishi (Neha Sharma) but lacks the guts to let his conservative family know his feelings for the girl. As a consequence, his father and his London-based aunt decide that he is a suitable boy for Binkle (Athiya Shetty), daughter of a wealthy Punjabi (Rahul Dev). 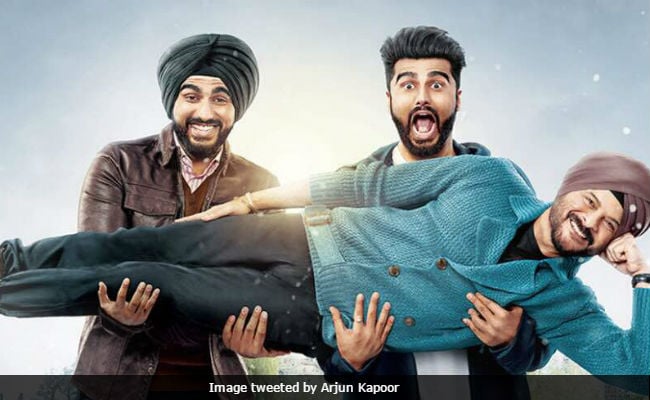 Charan turns to uncle Kartar for help in order to scuttle the impending wedding. At the uncle's behest, he passes himself off as a drug addict. Binkle's father and her brother Manpreet (Karan Kundrra) throw a fit and humiliate Charan's adoptive father Baldev. The latter and Jeeto end up fighting so violently over the imbroglio that they stop talking to each other. The slighted Baldev asserts that he will find a bride for Charan within a month. He leaves for Chandigarh without exchanging goodbyes.

In Punjab, Baldev chances upon Sweety Gill (Ileana D'Cruz) and plumps for her as Charan's future wife. The trouble is, unbeknownst to the world, Sweety is Karan's girlfriend. She has had the worst possible brush with Jeeto, calling her would-be mom-in-law names that the latter doesn't forget in a hurry. The next thing that the cocksure Karan knows is that he is now the chosen one for Binkle. He, too, seeks the intervention of Kartar in order to wriggle out of the hole he has dug for himself.

The rigmarole is enjoyable up to a point but once the idiocy quotient peaks, the overlong Mubarakan goes somewhat haywire. Yet, if it isn't as insufferable as other average Bollywood romantic comedies, a part of the credit goes to the actors. Anil Kapoor, who is as irrepressible as ever, lends some lustre to the proceedings with his impressive energy levels and funny one-liners.

Arjun Kapoor is far less consistent in his double role, but he does strike a few purple patches along the way, demonstrating a comic flair that cries out for a better film than this one. The script gives Athiya Shetty the rough end of the stick. Her character, as Kartar says at one point, is like a tennis ball being lobbed back and forth between Charan's side of the court and Karan's without being allowed any agency of her own. Mubarakan, however, gives Ileana D'Cruz far more space and she makes the most of the opportunity. 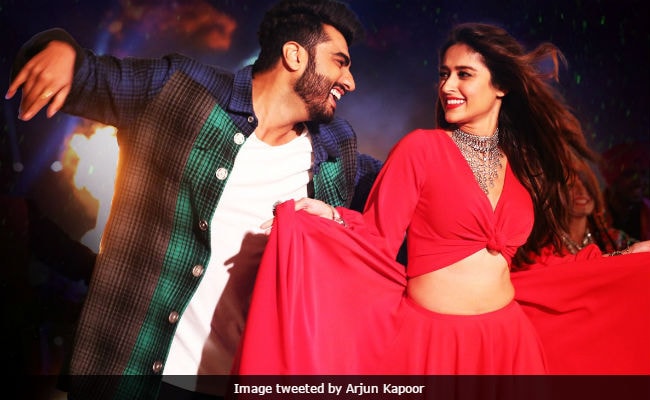 Neha Sharma, in a special appearance, is allowed little that could be described as special in a role that definitely deserved more attention. She plays a tough Muslim girl with a successful law career who does not fit into the orthodox Sikh brood's scheme of things and has to settle for a hurried, last-minute adjustment, which entails jumping into a new relationship with Binkle's brother. That's a copout of the worst kind. But to expect nuanced and mould-breaking social dynamics in a film like Mubarakan is to take it more seriously than its makers themselves do.

And that isn't a great idea: watch Mubarakan only if you dig comedies that do not demand that you dig deep for logic and meaning.