Anil Kapoor and Arjun Kapoor's Mubarakan will be hitting the theatres in just eight days. Ahead of its release, the makers of the film unveiled a second trailer which is sure to make you ROFL 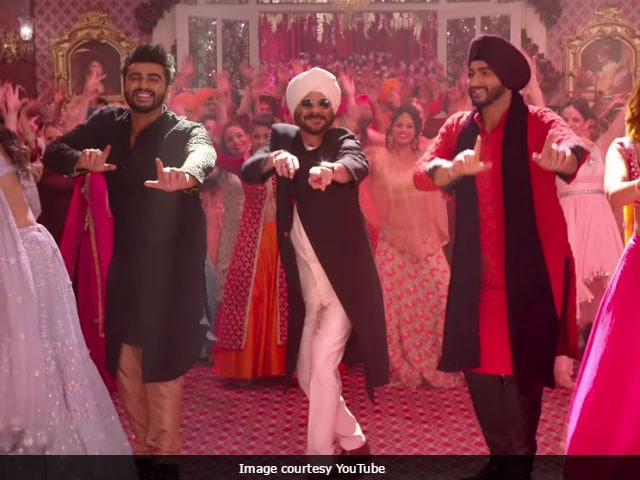 New Delhi: The makers of Mubarakan, starring Anil Kapoor, Arjun Kapoor, Ileana D'Cruz and Athiya Shetty, have released a new trailer of the film eight days ahead of its release. The two-and-a-half minute trailer is an extension of the madness we witnessed in the first trailer and it proves that Anil Kapoor will be the real star of the film. The trailer highlights Kartar Singh's (Anil Kapoor) fantastic sense of comic timing which is sure to make you ROFL. He is on a mission to sort out the love tale of Karan and Charan Singh (played by Arjun Kapoor) amidst the confusion and the madness of the entire family. The second trailer was shared by Anil Kapoor on social media. "Miliye hamare pagal khandaan se." Here's the new #MubarakanTrailer," he wrote.


This is the first time Anil Kapoor will be seen sharing the screen space with his nephew Arjun Kapoor.

The first trailer on Mubarakan was unveiled by the makers of the film on June 20. Watch it here:


On Wednesday, a new poster of the film was released which introduced the entire Mubarakan family. Apart from the main cast of the film, the poster features actors Pawan Malhotra, Ratna Pathak Shah, Rahul Dev, Karan Kundra, Gurpal Singh and Lalit Parimoo.

An ensemble like never before is coming to entertain you @bazmeeanees style! #9DaysToMubarakan@arjunk26@Ileana_Official@theathiyashettypic.twitter.com/RUhJkJ3Fv1

Mubarakan has been directed by Anees Bazmee. The film has been widely shot in London and Punjab.

Promoted
Listen to the latest songs, only on JioSaavn.com
Mubarakan is Anil Kapoor's fifth film with director Anees Bazmee. They have previously worked together in films like Welcome, Welcome Back, No Entry and No Problem.

Mubarakan is scheduled to release in theatres on July 28.