Mubarakan Box Office Day 6: Mubarakan's box office scorecard shows that Sunday was the most profitable for the film with a business of Rs 10.37 crores while Tuesday is when the film collected the least 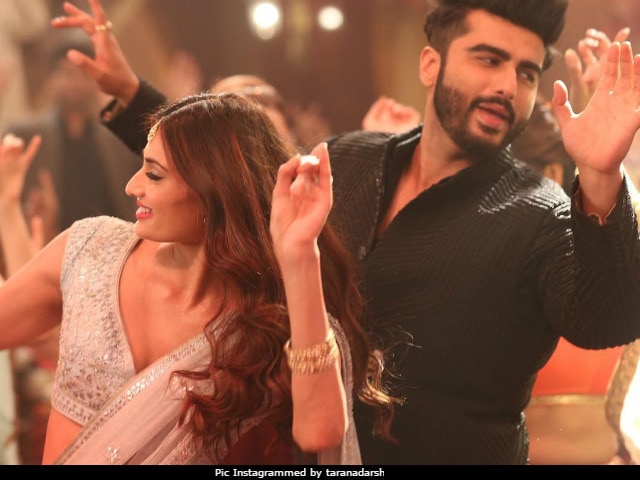 New Delhi: Mubarakan! Anil Kapoor and Arjun Kapoor's new film has toppled the Rs 30 crore mark in six days - not bad. Trade analyst Taran Adarsh, who has been following the box office report of Mubarakan closely, tweeted that the film has scored Rs 32 crores in terms of ticket sales. Previously, Mr Adarsh had highlighted that Mubarakan doubled its opening day box office score over the weekend but there was a sudden dip in the numbers Monday onwards. However, comparing the sums collected by the film on Monday and Tuesday, Mr Adarsh reviewed Mubarakan's performance as "steady." On Wednesday, the film scored a shade lesser than Tuesday, raking in just Rs 3 crores.

This is what Mr Adarsh tweeted on Thursday:

Mubarakan's box office scorecard shows that Sunday was the most profitable for the film with a business of Rs 10.37 crores while Tuesday is when the film collected the least.

In his review for NDTV, Saibal Chatterjee wrote that Mubarakan is another example of a Bollywood masala film. "Mubarakan is generally puerile, occasionally fun, and always unabashedly over the top. It is just the sort of mix of song, dance, comic gags and unbridled lunacy that Bollywood's mass audience so loves. So, there is superhit written all over the film, but this puffy concoction simply isn't for those with a taste for more subtle and easy-flowing humour," he said.

Promoted
Listen to the latest songs, only on JioSaavn.com
Directed by Anees Bazmee, Mubarakan casts Anil Kapoor and Arjun Kapoor together for the first time. Athiya Shetty and Ileana' D Cruz co-star with the Kapoors.