Mubarakan Box Office Collection Day 4: Lipstick Under My Burkha is still not bending its knee at the box office. The film snatched considerable business from Mubarakan 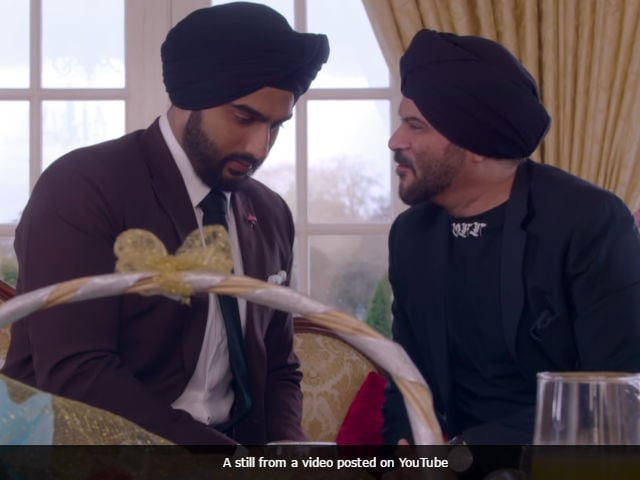 New Delhi: Anees Bazmee's wedding dramedy Mubarakan's successful spell at the box office was short-lived. The film, starring Anil Kapoor, Arjun Kapoor, Ileana D'Cruz and Athiya Shetty, witnessed a decline in the collection on Monday, reports trade analyst Taran Adarsh. He gave the film's four-day box office report card and listed Monday's earning at Rs 3.55 crore (the opening day collection was Rs 5.16 crore). The Sony Pictures-produced film has pocketed Rs 26.46 crore so far. Mubarakan was made on a budget of Rs 45 crore and it still has a long way to go. Take a look at Mubarakan's collection report till date.

Mubarakan released along with Madhur Bhandarkar's Indu Sarkar and Tigmanshu Dhulia's Raag Desh. The latest collection reports of both films are not known yet. Meanwhile, last week's Lipstick Under My Burkha is still not bending its knee at the box office. The film snatched considerable business from Mubarakan and others in the last four days and have collected Rs 15.36 crore so far. The film was made in Rs 6.5 crore.

Promoted
Listen to the latest songs, only on JioSaavn.com
Watch the trailer of Mubarakan: