The actor shared a video of himself on Instagram. 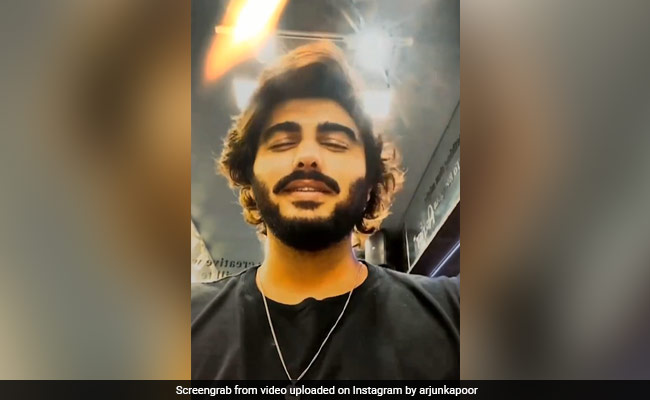 Remember Mubarakan, the romantic-comedy that featured Arjun Kapoor in a double role alongside his uncle Anil Kapoor? Well, it has been four years since the movie hit the theatres and Arjun Kapoor decided to celebrate the occasion by treating himself to a haircare session. The actor shared a video where he is seen getting his hair styled. Sharing the clip, he wrote, “It's been 4 years of Mubarakan, thoda sa pampering toh banta hai (this calls for a little bit of pampering).” The song, Hawa Hawa, which was recreated for the movie was used in the Reels as well. Fans and followers of the actor joined in on the fun and wished the actor in the comments section.

The actor, recently, shared his thoughts on self-care and the physical transformation he has undergone through the years. Sharing a throwback photo of himself alongside his more recent, toned look, Arjun Kapoor wrote, “Pehle main bohot mota bohot pareshan tha (Earlier, I was fat and I was worried)...No no this is not one of those posts. Just putting it out there that I love every chapter of my life. Those days and even now, I have always been myself at every step of the way. I cherish every bit of it. I'm a work in progress like anyone and everyone else. My mother told me every stage of your life is a journey and you will always be a constant work in progress. I understand the meaning of that now more than ever and I'm loving that I'm working towards bettering myself...”

Another photo that had fans asking for more, features the actor looking dapper as ever. In the caption, he wrote, “Screw it...Let's smile and face the week ahead.”

Arjun Kapoor is the son of producer Boney Kapoor. He made his debut in 2012 with the film Ishaqzaade alongside Parineeti Chopra. He is known for his work in films such as Gunday,  2 States, and Sandeep Aur Pinky Faraar, among others.