In a series of tweets, Ileana D'Cruz said that just because she is a public figure, it doesn't give any man the right to misbehave with her 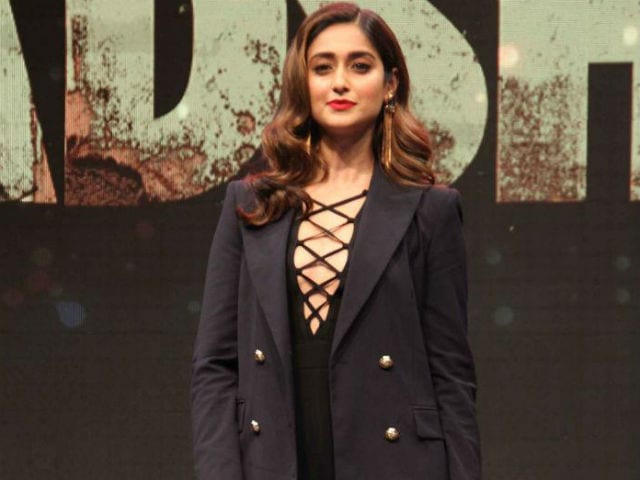 New Delhi: Actress Ileana D'Cruz, who is currently looking forward to her upcoming film Baadshaho, posted strongly worded tweets on Sunday after a fan appeared to have 'misbehaved' with her, as she revealed on Twitter. In a series of tweets, the 29-year-old actress pointed out that she is well aware that public gaze is an inevitable part of being a celebrity but she also pointed out the fine line between 'fan antics' and 'misbehaviour'. In one tweet, Ileana D'Cruz wrote: "It's a pretty shi**y world we live in. I'm a public figure. I understand that I don't have the luxury of a private and an anonymous life." Ileana followed it up with another tweet, writing: "But that doesn't give any man the right to misbehave with me. Don't confuse "fan antics" with that. I am a WOMAN at the end of the day."

It's a pretty shitty world we live in. I'm a public figure. I understand that I don't have the luxury of a private & an anonymous life.(1/2)

But that doesn't give any man the right to misbehave with me. Don't confuse "fan antics" with that. I am a WOMAN at the end of the day.(2/2)

In an interview with SpotboyE, Vidya revealed how a fan at Kolkata airport came up to her and without permission tried to touch her hand and put his arm around her waist.

"I told him don't, but he put it again. My manager saw it and said please don't and when I turned to pose for cameras he put his hand around my waist again the third time. I said listen don't, what do you think you are doing? This is wrong. Then he said sorry can I have a selfie, I said no you can't, behave yourself," the 38-year-old actress told SpotboyE.

Swara Bhaskar also talked about her encounter with molestation in an interview to DNA. The 29-year-old actress said that she was molested during the promotions of Prem Ratan Dhan Payo in Rajkot. "I have been groped during Prem Ratan Dhan Payo when we landed at Rajkot. I was travelling with Salman Sir and nobody realised, but there were around 2,000 people at the airport to see him. Despite the fact there was security, people got in and it was Anupam Kher who made sure I got into the car. It was crazy," Swara Bhaskar told DNA.

Meanwhile, Ileana was last seen in Anees Bazmee's Mubarakan, co-starring Anil Kapoor, Arjun Kapoor and Athiya Shetty. She will next feature in Milan Luthria's Baadshaho along with Ajay Devgn, Emraan Hashmi, Vidyut Jammwal, Esha Gupta and Sanjay Mishra. The film, which is a set in the emergency era of the 1970s, will release on September 1.