Esha Gupta, Slut-Shamed Yet Again, Says 'Trolls, Get A Job' 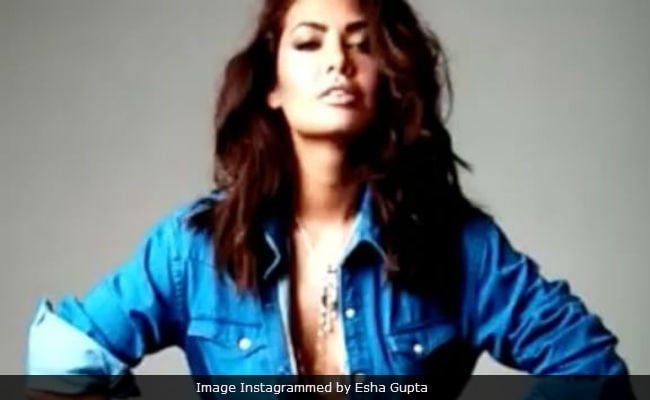 New Delhi: Actress Esha Gupta has responded to repeated trolling on Instagram with a statement about how she wishes those who 'have nothing better to do' would just get a job, or goals, or a life. Many of the 31-year-old model and actress' pictures of herself have been received with vile, abusive comments, most recently a series of pictures from a photoshoot she did for Vogue. In fact, nearly every picture Esha Gupta shares on her account has at least a few comments remarking on her physical attributes - a fairly pedestrian photo of her taken from the back has comments urging her to 'show more.'

In a statement carried by news agency IANS, Esha Gupta says: "Trollers are basically people who have literally nothing better going on for themselves. So, they get online and start pulling down other who are actually trying to make a difference. Their trolls are not always restricted only to celebrities."

"If I'm bothered by a nobody's opinion about my morals, it will be my fault. I believe if we are blessed enough by God to get a name and a platform where what we say will be heard, then it should be used to say things which matter, not just for promoting films," she said. Esha's statement concludes: "Everyone has the right to opinion, but trollers will troll on anything. I just wish they get a job or have goals in life."

A photo of Esha Gupta and her father has more of these distasteful comments on the post. She has also been slut-shamed for pictures from the photoshoot in which she wears a denim jacket and jeans without a shirt underneath. 'I love your bust,' reads one response - and that's among the less offensive comments.

Here are some of Esha Gupta's pictures from the Vogue photoshoot for which she's being trolled:

In August, Esha Gupta was serially slut-shamed for days after she posted pictures of herself in lingerie or less from another photoshoot. She was defiant then, as she is now, telling Miss Kyra, "It's my body."

Promoted
Listen to the latest songs, only on JioSaavn.com
Actresses like Deepika Padukone, Priyanka Chopra, Soha Ali Khan, Sunny Leone and Fatima Sana Shaikh have also been shamed and trolled on social media for their choice of outfit.