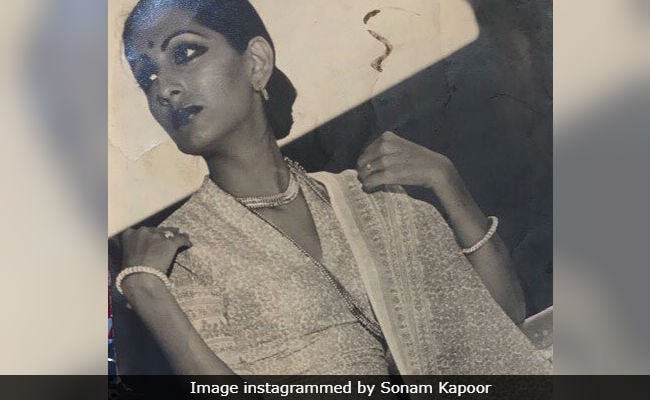 New Delhi: The Internet is brimming with love today and why shouldn't it; after all, it's not every day that we celebrate Mother's Day, right? What's interesting is that most Bollywood actors took expressed love for their mothers on social media and the newly-wed Sonam Kapoor is not an exception. The actress posted an old photograph of her mother Sunita Kapoor on Instagram and it clearly explains where the Raanjhanaa actress gets her good looks from. Sonam wrote, "To the woman who taught me everything - compassion, passion and style! I love you mama. Happy Mother's Day." Remarks like "Wow! You are a carbon copy of your mom" were frequently seen in the comments section. An Instagram user wrote, "For a minute I thought it was you."

To the woman who taught me everything- compassion, passion and style! I love you mama.. happy Mother's Day!

Sonam will make her red carpet appearances at the 71st Cannes Film Festival on May 14 and May 15. The 32-year-old actress will be representing cosmetic giant L'Oréal. Sonam, who is attending the film festival for the eighth time this year, may be accompanied by her entrepreneur husband Anand Ahuja. The Aisha actress posted stories en route Delhi on Monday, which were later picked up by fan clubs.

Promoted
Listen to the latest songs, only on JioSaavn.com
Before leaving for Delhi, Anand Ahuja shared an Instagram story wherein the couple is seen exchanging loved-up glances. The picture created buzz on the Internet and was circulated by fan clubs.

Sonam Kapoor married her longtime boyfriend Anand Ahuja in a traditional Sikh ceremony on May 8. Later that evening, a grand reception was organised for the who's who of the film fraternity. Sonam will be soon seen in Veere Di Wedding, which is scheduled to release on June 1.
Comments
sonam kapoor cannesanand ahujasonam kapooor