Actress Lisa Haydon instant fell in love with snaps. She wrote, "You both look so good" 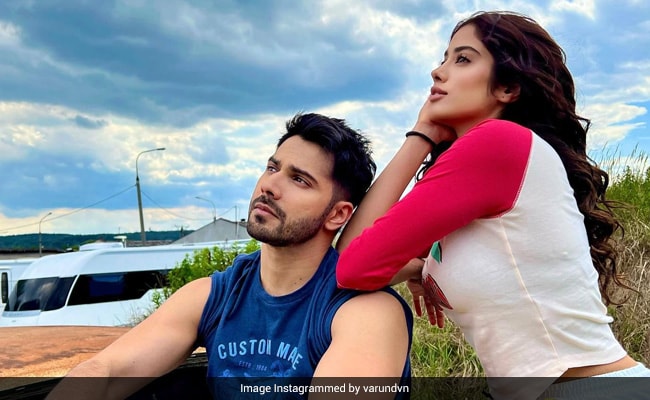 Varun Dhawan and Janhvi Kapoor have created a lot of Bawaalon social media. All thanks to the pictures and videos shared by the stars. The two are in Poland busy shooting for the Nitesh Tiwari directorial. Now, we have a new update. Courtesy: Varun Dhawan, of course. They have finished another schedule. The actor has shared the development on Instagram with a set of beautiful pictures featuring himself and Janhvi. The two are sitting on the bonnet of a rusty car amidst the mesmerising backdrop. His caption read, “Hawaayein. Finished another schedule in Krakow. Now, on to the next.” Actress Lisa Haydon instant fell in love with snaps. She wrote, “You both look so good.”

Varun Dhawan and Janhvi Kapoor have been sharing glimpses from their shoot life on social media. Their last stop was Amsterdam. On the wrap-up day in Amsterdam, in a joint post, they wrote, “Having a Bawaal time in Amsterdam. The schedule wrap. Poland, are you ready for us?”

Varun Dhawan had a blast during the Amsterdam shoot schedule and this picture is proof.

Varun Dhawan, before this, shared a video on his never-ending art vs commerce debate, Janhvi Kapoor. Varun, gave the ultimate punch of humour to the caption, when he wrote, “Art vs commerce the never-ending debate with Janhvi Kapoor. we are sleep-deprived shooting in Poland at 2 am..Bawaal… Also, she is obsessed with Naach Punjabaan as you can see. She got a tennis elbow because she does the step so much.”

Janhvi Kapoor, meanwhile, will be next seen in GoodLuck Jerry. She will play the role of Jaya Kumar aka Jerry in the film. It will release on July 29 on Disnye+ Hotstar. The movie is directed by Sidharth Sengupta.