Good Luck Jerry: Janhvi Kapoor's Post Gets A Whole Lot Of Love From Tara Sutaria And Others 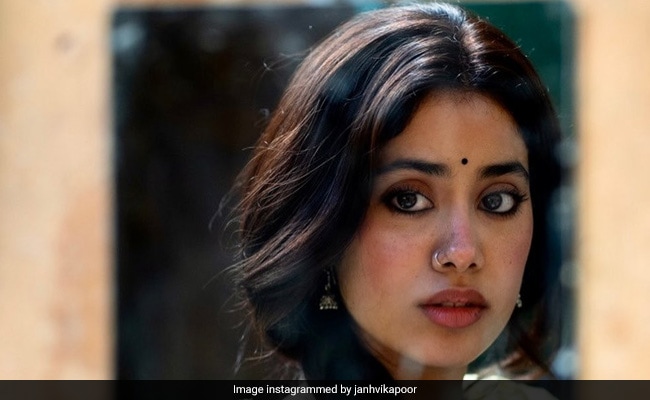 A day after the trailer of Good Luck Jerry was released, Janhvi Kapoor's forthcoming film, the actress posted some beautiful stills. On Friday, she aced her small town girl look in a blue kurta and yellow dupatta as Jaya Kumari aka Jerry from the film and received praises from celebrities as well as her fans. In the caption, Janhvi wrote, "Jaya Kumari aka Jerry getting all dressed up to cause some chaos. Good luck nahi bolenge?" adding that the film will release on July 29 on Disney+ Hotstar.

The actress plays a Bihari girl who throws herself into smuggling drugs to raise finances for her ailing mother battling lung cancer. The film, directed by Sidharth Sengupta, is a remake of the 2018 Tamil film, Kolamaavu Kokila, which starred Nayanthara and Yogi Babu.

Janhvi was recently seen in the latest episode of Koffee With Karan 7. She featured in the show with Sara Ali Khan. She is currently shooting Nitesh Tiwari's Bawaal in Europe, also starring Varun Dhawan.

When Anusha Dandekar Officiated Her Friends' Wedding In Sydney