What Happens On Sara Ali Khan And Janhvi Kapoor's Trips, Makes Its Way To Koffee With Karan 7 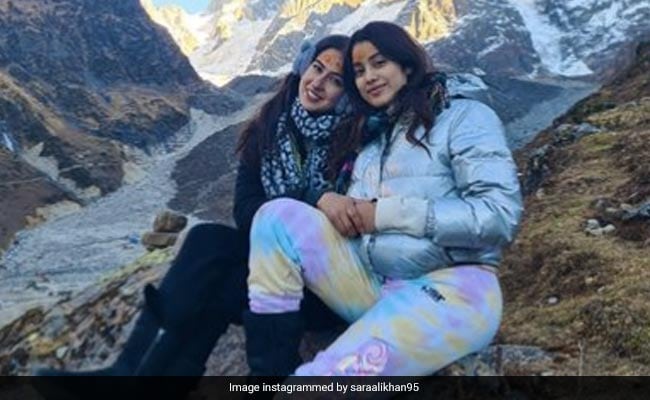 Both Sara Ali Khan and Janhvi Kapoor love to travel and together they went to Kedarnath, LA and Goa. But we already know that courtesy the many pictures shared by them on social media. What we did not know, however, was what happened on those trips. So Sara Ali Khan and Janhvi Kapoor talked about the brief holidays that they went on together on the show Koffee With Karan 7. Recalling one of the trips, Sara said, "We decided to go to Bhairavnath and there was a normal path for walking. But we thought ourselves to be better. We chose to hike instead. There was an 85 incline of just rocks and Janhvi was like 'Let us just climb this'." Sara, who self-admittedly, "did not want to be a buzzkill," gave into the idea. "We started climbing up till a point where the rocks were shaking. I kept saying I think we're going to fall," she added.

During their trek, Sara Ali Khan and Janhvi Kapoor met a fan, who left after clicking a few selfies with the actresses. "After 30 minutes, Mahesh Ji (Janhvi's security) reached there to help,' revealed Janhvi.

During the show, Janhvi Kapoor also revealed that Sara Ali Khan was the in-charge of all the hotel bookings. Janhvi revealed that Sara chose a hotel that had no heater just to save Rs 6,000. What happened next? Janhvi added, "I had travelled to Kedarnath with two thermals, one puffer jacket, three shawls, two-track pants, and two sweaters. Karan, I wore every single piece of clothing I had owned and was still shivering".

The actresses also recalled their Goa stay. Janhvi Kapoor revealed that they were neighbors in Goa and "had a common friend." "We got to talking and had a lot to share," added Sara, revealing that they ended up talking till 8 am. "There was a point of relatability, we went through the same beats at same time," added Janhvi.