Mohenjo Daro Not Forgotten After All. Celebs Tweet For Akshay, Hrithik 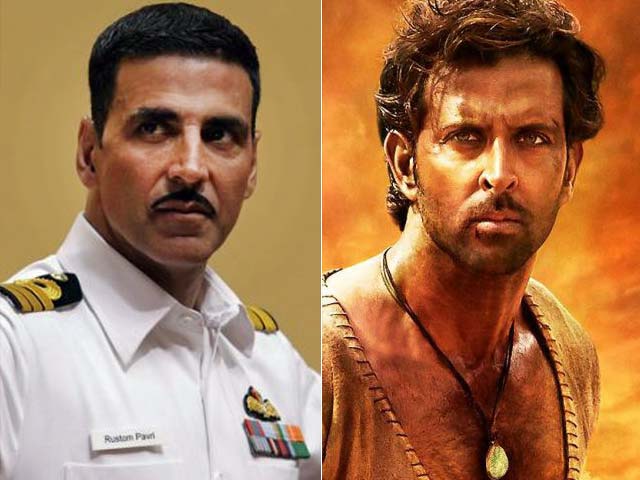 New Delhi: The sand has run out in the timer to the Bollywood smackdown between Akshay Kumar's Rustom and Hrithik Roshan's Mohenjo Daro. As per usual, Twitter was filled with the customary good wishes for each star ahead of Friday - a relief if not for Hrithik, then for his fans because the past week has seen Mohenjo Daro largely ignored as a carefully orchestrated celebrity campaign endorsed Akshay's film.

Amitabh Bachchan, who watched Rustom on Thursday, wore his heart on his sleeve:

T 2346 - Wishing Akshay , Ileana and all the cast and crew of 'RUSTOM' the very best .. engrossing and gripping film !!

Wishing my friendly neighbourhood SpiderMan @iHrithik all the best today-Here's to #MohenjoDaro and #Rustom both doing well:)

Wishing the sincerest "Bestest" to both the film's at the Box Office. YO! pic.twitter.com/uYwu7xWpLg

To my braz @iHrithik , Ashutosh, Sunita and Pooja all the best for the release of Mohenjo Daro. Go make history guys.! All the best.

Wishing all the best to my friend @akshaykumar ,@Ileana_Official@eshagupta2811 Arjan for the release of Rustom today. Go watch guys.

Chaliye sab jao #Rustom dekho @akshaykumar has hit one more out of the park !!!

Saw Rustom last night, was so gripping, a must watch! All the best @akshaykumar sir, @eshagupta2811 and @Ileana_Official (best cryer ever!!)

Looking forward to seeing #Rustom all the very best @akshaykumar

Really looking forward to catch @iHrithik in #MohenjoDaro. He's a one man army. Best of luck to good folks @utv and ashu sir

All the best to @iHrithik and @hegdepooja for #MohenjoDaro !!! All that effort will not go in vain....

A big shout out to mi amigo @iHrithik for the release of #MohenjoDaro .. Wish you and the team a 'historical' success.

Thank you for raising the bar and inspiring us to jump off the ground. All the best for Tom @iHrithik sir!

Rustom was even wished luck by Rajinikanth, who posted one of his rare tweets addressed to Akshay, his co-star from the Enthiran sequel.

Akshay Kumar's Rustom, which also stars Ileana D'Cruz and Esha Gupta, is based on the Nanavati case which led to landmark judicial reform.

Mohenjo Daro, starring Hrithik Roshan and Pooja Hegde, is set in the era of Indus Valley Civilisation. It has been criticized for historical inaccuracies ever since the release of the film's first poster. Director Ashutosh Gowariker and Hrithik have defended the film. "The director has had to pick one theory and construct this film based on that," Hrithik told NDTV.

For Birthday Boy Ajay Devgn, Kajol Shared The Closest Thing To A Selfie