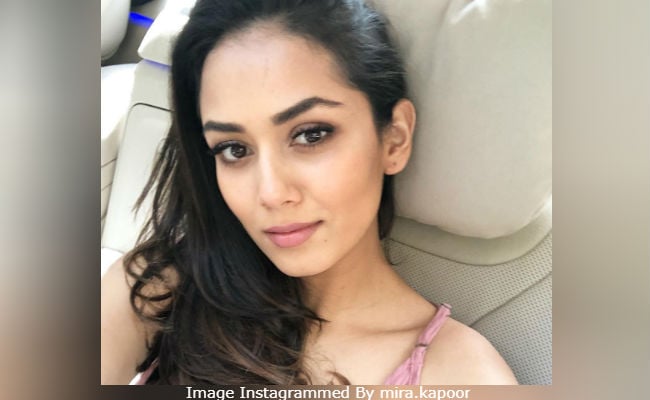 Seen Shahid Kapoor's wife Mira Rajput's debut TV commercial yet? You think she totally aced it? She might have but a section of the Internet trolled her for endorsing an anti-ageing cream in her 20s. In the video, Mira, who is pregnant with her second child, talks about daughter Misha, Shahid and and how her skin had been affected after pregnancy. She also spoke about parenthood. "I am 27, I don't need it and she is only 23-years-old and she needs it," a user commented on Mira's post, which she shared earlier this week with the caption that reads as, "Being a mother doesn't mean you stop being yourself right? Here's my reborn story. What's yours?"

Netizens have also lambasted the company for casting a 23-year-old for their commercial. "Can you be any more fake, Mira? Being a mom does not mean you stop being yourself, which is EXACTLY why you DO NOT need to have your 'glow' back," read another comment. Some users have also called Mira a 'hypocrite' as she had earlier said she uses natural products for her skin. "Perhaps you should complete you education, Mira," a user told her.

Being a mother doesn't mean you stop being yourself right? I took the #Olay #SkinTransformation #28Daychallenge Here's my #Reborn story.. what's yours? @olayindia

Shahid had also reviewed Mira's acting debut and wrote, "Who's that stunner?"

Mira Rajput married Shahid Kapoor in July 2015. Their daughter Misha was born two years ago in August. Mira's second pregnancy was announced by Shahid in April. She is currently in her third trimester.

What do you think about Mira's video? Tell us in the comments section below.