"Knocked It Out Of The Park": Mira Rajput's Note For Husband Shahid Kapoor After Watching Jersey 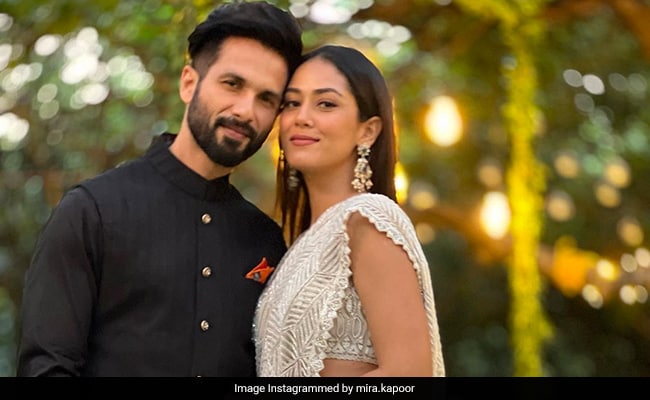 Mira Kapoor is super happy. And, it has everything to do with the release of Shahid Kapoor's much-awaited film Jersey. After several delays, the film has finally hit the theatres today. And, Mira just can't keep calm. She has shared a picture of Shahid standing on the ground on Instagram Stories. In her note, Mira wrote, “You are magic, Shahid Kapoor. It's been a long journey till the end of this “Test”, every innings brought a new twist. But you knocked it out of the park.”

Mira Rajput has ended her note by saying, “It's time” and tagged the official handle of Jersey. 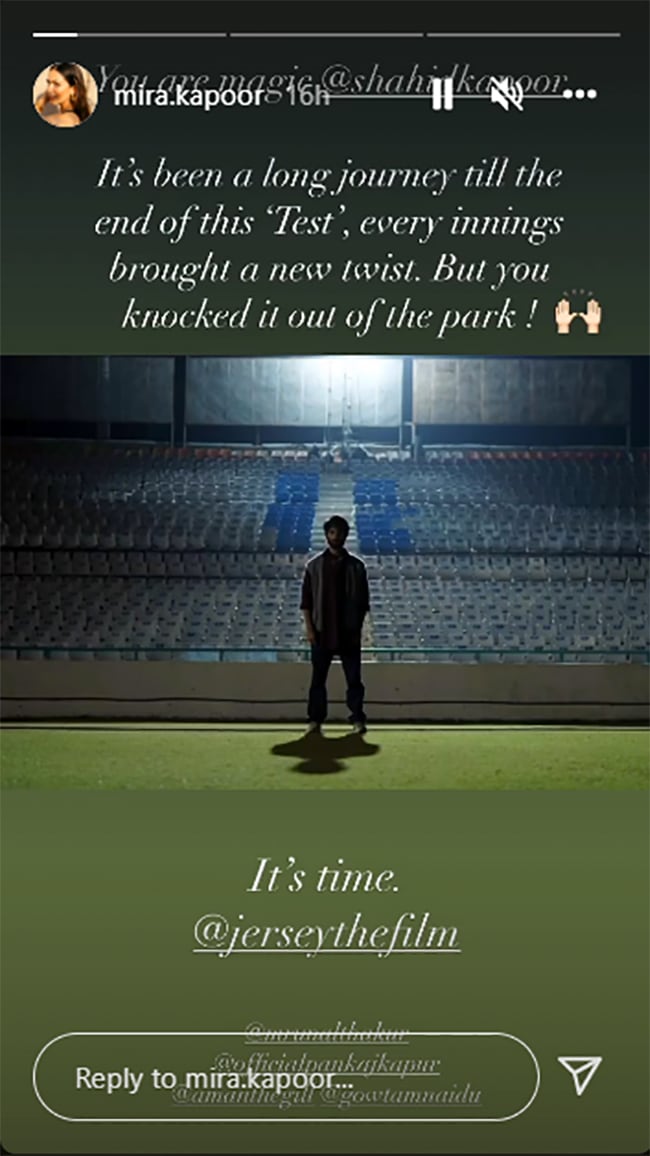 And, Shahid Kapoor didn't miss this special message. Yes, he has reposted it on his Instagram Stories with a cute message. “You can be my wingman every time, my love. And, I will be yours.” For that extra edge, Shahid has added a pink heart emoji. All things love. Isn't it? In Jersey, Shahid Kapoor portrays the character of a cricketer who wants to make a return to the game for the sake of his son. Pankaj Kapur plays the role of Shahid's mentor in the film. On working with his father, Shahid told ETimes, “My father is a very clear actor and has a lot of thoughts. Being his son, it's ditto for me. It was great to have all that. We both were very respectful of each other's opinions. I think it's actors who are not self-assured of themselves, who get stuck into doing it only one way; they overthink things."