Milind Soman Learnt To Drive A Car At 54. So, How Did He Do?

What Milind Soman learnt at 54, 'most people learn at 18' 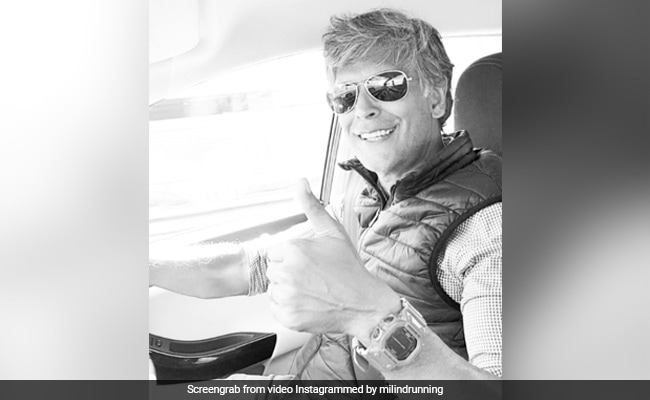 Milind Soman in a still from the video. courtesy milindrunning)

Milind Soman learnt something new at the age of 54 and he shared a glimpse of it on his Instagram profile. The supermodel shared a video, in which he could be seen driving a car. In his post, the actor described his experience as his "new accomplishment" and wrote: "My new accomplishment! Most people learn at 18, I learnt at 54. Never too late to learn something new." He added the hashtags #keeplearning #keepmoving #neverstop #nevergiveup #betterhabits4betterlife to his post. The video also features Milind's wife Ankita Konwar. "So we are here at a really exciting place. Look who is driving. Oh My God! That's about 100 kms an hour. Beautiful place, you'll get to know really soon," Ankita says in the video.

My new accomplishment!! Most people learn at 18, I learnt at 54 NEVER TOO LATE TO LEARN SOMETHING NEW !!! . . . #keeplearning #keepmoving #neverstop #nevergiveup #betterhabits4betterlife

Meanwhile, Ankita Konwar shared a video from the journey on her Instagram profile and she wrote: "Okay, Pune to Mumbai drive can be quite crazy at times. Like this."

Milind and Ankita keep their Instafam engaged by sharing different facets of their life on social media. Check out some of the posts here:

Akemashite omedetou gozaimas the 6th edition of the Last Long Run on 30th and 31st December brought us from Tokyo to Mt Fuji and this is what we woke up to today . . . Wish you all peace. Take care of your health. Let love guide you in everything. Happy 2020! . . . #keepmoving #keeplearning #neverstop #Live2Inspire #fitnessaddict the talented @soniakulkarni

The model-turned-actor married Ankita Konwar in a Maharashtrian ceremony in April 2018. A few months after the wedding, the couple exchanged wedding vows in a dreamy "barefoot wedding" in Spain. The Bajirao Mastani actor was earlier married to actress Mylene Jampanoi, whom he had met on the sets of the 2006 film Valley Of Flowers.

Milind Soman currently features as one of the judges on the television reality show MTV Supermodel Of The Year. The model-turned actor has featured in Bollywood films such as Chef and Bajirao Mastaani. He became a household name after he featured in Alisha Chinoy's 1995 music video Made In India.