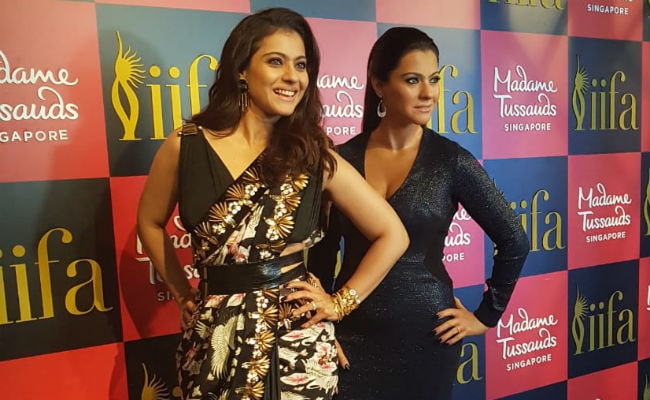 Kajol poses with her wax statue at Madame Tussauds Singapore

New Delhi: Actress Kajol unveiled her wax statue at Madame Tussauds Singapore on Thursday afternoon and was joined by her daughter Nysa at the event. Ajay Devgn wasn't there with his wife in Singapore but sent lots of love to her. Umm... love, actually?. Ajay tweeted a video of Kajol and Nysa with the actress' wax figure and wrote, "Meet the silent Kajol." (LOL). He posted his tweet with a wink emoticon. Meanwhile, Nysa also added a zinger to the video and made Kajol pose with her wax statue. "Statue," she said and took an exit, leaving Kajol zapped. The video has left the couple's fans very, very amused.

Take a look at Ajay Devgn's video for Kajol.

Kajol shared this and added: "Always been a Kajol fan."

Always been a Kajol fan pic.twitter.com/uwf4YMarjf

Here are more pictures of Kajol and Nysa from Madame Tussauds Singapore. 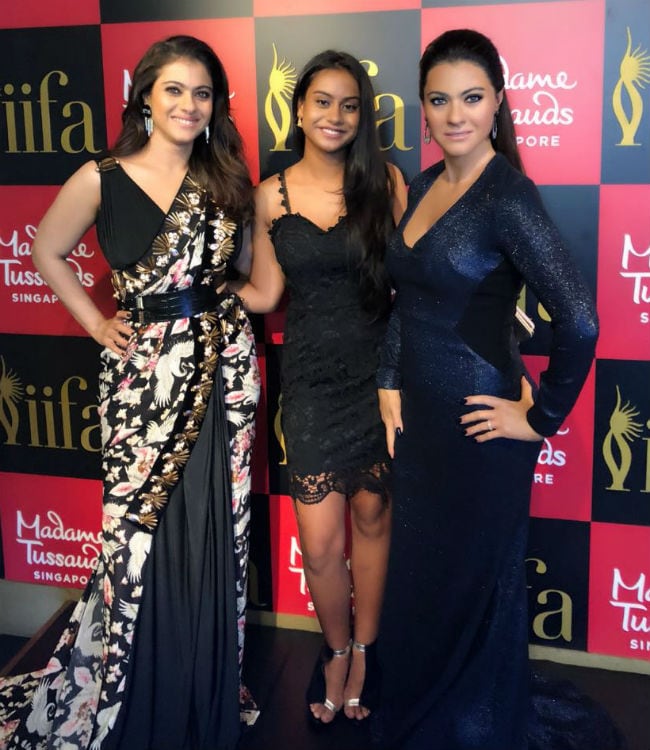 Ahead of the event, Kajol shared a beautiful picture with Nysa. "My little girl with me on a red carpet for the first time," she captioned the post. Nysa is completing her higher studies in Singapore. Kajol left for Singapore with her mother-in-law Veena Devgan.

My little girl with me on a red carpet for the first time ..... pic.twitter.com/P16AZJCPUJ

Promoted
Listen to the latest songs, only on JioSaavn.com
It's a well-known fact that Ajay Devgn is a complete family man and weeks ago, his Raid co-star Ileana D'Cruz said that he 'obsessed with his kids.'

Kajol's next film is Eela while Ajay Devgn has Total Dhamaal, Sons Of Sardaar and a film with Tabu in the pipeline. Eela is also produced by Ajay Devgn.
Comments
kajol ajay devgnKajol wax statue at Madame Tussauds