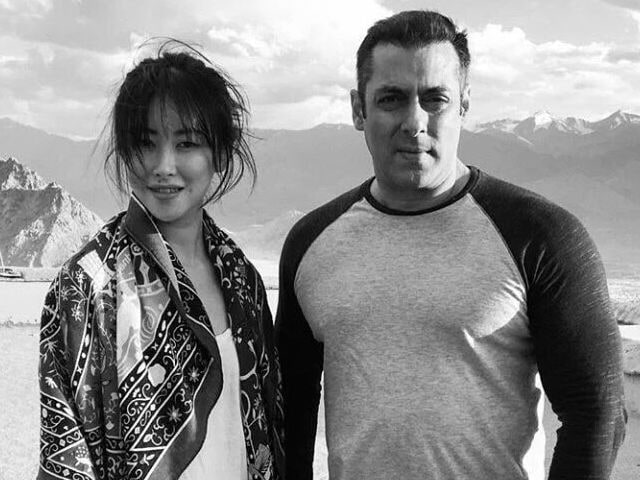 This image was posted on Instagram by Salman Khan Fan Club

New Delhi: Salman Khan's next film, the Kabir Khan-directed Tubelight, has been flagged off in Ladakh and nobody is more excited than his co-star, Chinese star Zhu Zhu.

The 32-year-old actress-singer-VJ has been posting updates from Ladakh on her Instagram.

Zhu Zhu, 32, is learning Hindi for the role.

Having my first Hindi lesson

Zhu Zhu, a celebrity in China, has appeared in a handful of Hollywood films like The Man With The Iron Fists and Cloud Atlas.

Tubelight began filming at the end of July. The film is Salman Khan's third with Kabir Khan, after Ek Tha Tiger and Bajrangi Bhaijaan.