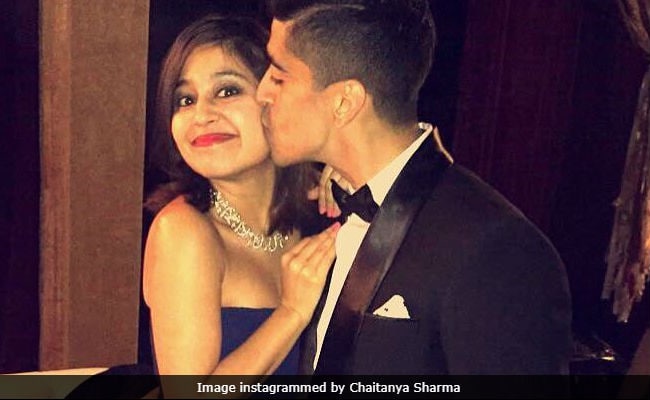 New Delhi: Actress Shweta Tripathi is all set marry rapper Chaitanya Sharma aka SlowCheeta on June 29, she told news agency IANS. Shweta and Chaitanya will get married in Goa in the presence if their family members and close friends. Shweta told IANS that she met Chaitanya when during a play in Delhi. "We met because both of us were stepping in for other actors. So, from Bombay (Mumbai), we met in Delhi to perform and hardly spoke throughout. On our way back, we were seated next to each other. It was a 5 am flight, so obviously the plan was to doze off. But we started talking and that was that."

Shweta said that Chaitanya had also proposed to her on stage. "He proposed at a place called Cuckoo Club, which is a performing place in Mumbai. He wanted to do it on stage because that's how we met -- for a play. He had told me he has a new play, so I went to see that... But it was the proposal," she told IANS.

Chaitanya Sharma is five years younger to Shweta Tripathi, 32. Shweta is the daughter of New Delhi's former Chief Secretary PK Tripathi and she has featured in films such as Masaan and Haraamkhor. Before films, Shweta starred in Disney India's Kya Mast Hai Life. Shweta owns a theatre group called AllMyTea Productions. Her upcoming projects are Gone Kesh and Cargo and a web-series, titled Mirzapur.

Promoted
Listen to the latest songs, only on JioSaavn.com
Chaitanya Sharma's song Kripya Dhyan De from upcoming film High Jack launched last week. He has also collaborated with Ranveer Singh for a single and he has sung two songs for upcoming film Karwaan.