Mardaani 2 box office: The film is performing well despite facing competition from Jumanji: The Next Level and Pati Patni Aur Woh 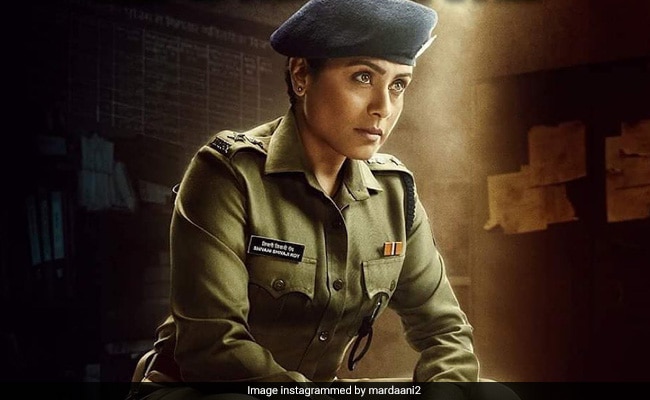 Rani Mukerji's Mardaani 2, which opened in theaters on Friday, is "unstoppable" at the box office, reports Bollywood trade analyst Taran Adarsh. The film which stars Rani Mukerji in the lead role, has managed to collect Rs 10.35 crore within two days of its release. In his tweet, Taran Adarsh stated that the film witnessed a "fantastic growth" despite facing stiff competition from Jumanji: The Next Level and Pati Patni Aur Woh. The film collected Rs 6.55 crore on Saturday alone. Taran Adarsh also mentioned in his tweet Mardaani 2 is trending better than Rani's last two films - Hichki and Mardaani.

Mardaani 2 opened to good reviews from film critics. In his review for NDTV, film critic Saibal Chatterjee gave the film 3 stars out of 5 and wrote: "Mardaani 2 is never less than riveting. It steers clear of any narrative device that might undermine its intent - and that is where its power lies."