'I Am His Senior': Rani Mukerji's Dabangg Take On Salman Khan's Chulbul Pandey

"Chulbul Pandey is a male officer and Shivani Roy is a female officer. Both of them work for the police," said Rani Mukerji 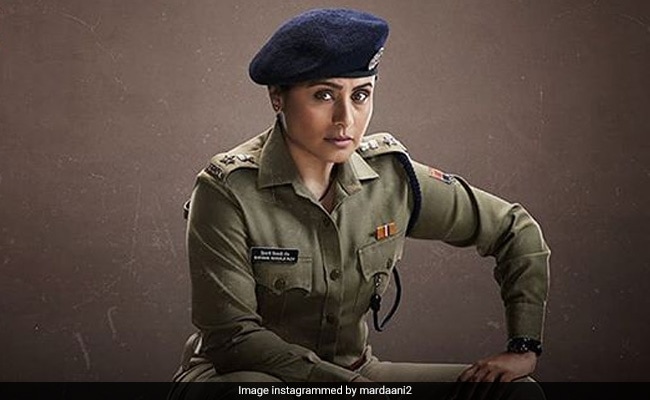 Movie-buffs will be treated to two cop movies this month - Rani Mukerji's Mardaani 2, releasing on Friday, and Salman Khan's Dabangg 3, releasing on December 20. Rani Mukerji reprises her role as feisty cop Shivani Roy in Mardaani 2, Salman too will be seen in his Chulbul Pandey cop persona. Talking about their cop-roles at a recent media interaction with news agency IANS, Rani Mukerji said: "Chulbul Pandey is a male officer and Shivani Roy is a female officer. Both of them work for the police," and on a lighter note, added: "Shivani Roy is a Superintendent Of Police, so I am his (Chulbul Pandey) senior. He still has two stars (Chulbul Pandey is a Sub-Inspector). That's the only difference."

Rani Mukerji may say that the difference in their ranks is "the only difference" but Mardaani 2 and Dabangg 3 have very different storylines. Mardaani 2 is a powerful story of Shivani Roy's hunt for a serial rapist, who torments the town of Kota. The trailer of the film was reviewed as dark and gripping when it released.

Speaking at a special screening of Mardaani 2 for the female cops of Maharashtra Police, Rani Mukerji said: "I want more and more girls and women of our country to choose the police department as their profession because personally as a citizen of this country, I feel that there aren't better police officers than female police officers."

Meanwhile, Dabangg 3 is party a prequel as it will show what went into making Salman Khan's Chulbul Pandey a dabangg cop. Directed by Prabhu Deva, Dabangg 3 will also have Sonakshi Sinha and Arbaaz Khan reprise their roles.