In Vijayi Bhava, we get to see the end result of months of extensive training in sword fighting that Kangana Ranaut had gone through 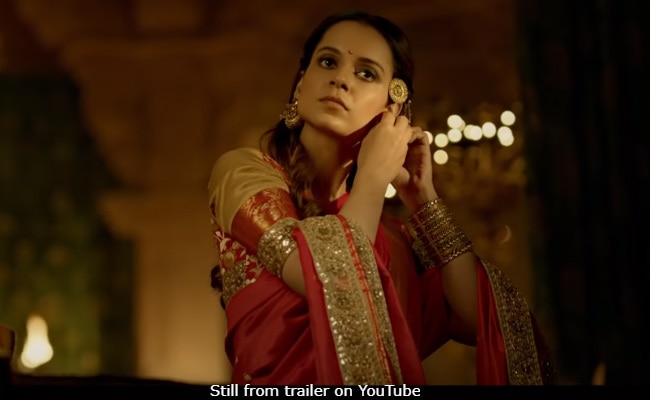 Kangana Ranaut in a still from Vijayi Bhava (courtesy YouTube)

We got another glimpse of actress Kangana Ranaut as Manikarnika: The Queen Of Jhansi in Vijayi Bhava, the first song from the film to be released. The song begins with the queen of Jhansi sacrificing her alankar in flames as she embraces weapons to adorn her life with. She sheds her throne-bound queen avatar and gradually transforms into a fierce warrior queen. As the very title of the song Vijayi Bhava suggests, Rani Laxmi Bai trains her army of women commanders for battle against the East India Company in the song. We also get a glimpse of Ankita Lokhande as Jhalkari Bai, who was Rani Laxmi Bai's closest aide and commander of her army.

In Vijayi Bhava, we get to see the end result of months of extensive training in sword fighting that Kangana Ranaut had gone through to prep for the role. Manikarnika: The Queen Of Jhansi is a biopic on the Queen of Jhansi, who shines bright in the pages of Indian history as one of the early freedom fighters of India. She trained and headlined an army of women against the East India Company during the Indian Rebellion of 1857.

Vijayi Bhava, which is rather inspirational in tone and manner, has been composed by Shankar Ehsaan Loy with credits for the lyrics to Prasoon Joshi. Vijayi Bhava has been sung by Shankar Mahadevan.

Manikarnika: The Queen Of Jhansi is directed by Krish while Kangana Ranaut also helmed some sections of the film. Manikarnika is all set to hit screens on January 25.