Kangana Ranaut Is Directing An Action Film Next. Details Here

Manikarnika marked Kangana Ranaut's debut as director. She jointly made the film with Krish 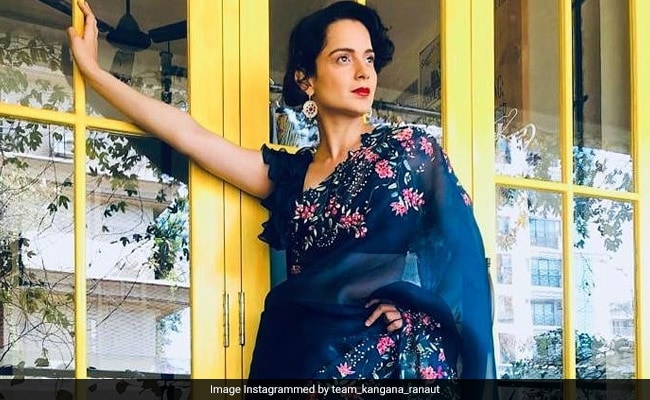 Actress Kangana Ranaut, currently busy filming Panga, said in a statement that she's simultaneous working on her the next film as a director, reports news agency PTI. Kangana debuted as director with Manikarnika: The Queen Of Jhansi, which she made in collaboration with Krish and the Queen star said that second project will be "an action film... an epic drama." Kangana's statement read: "I'm on the verge of announcing my next directorial venture. It's an action film - an epic drama. It has taken a lot of my time. Currently, we are putting everything in order, but we have locked the script. We'll be doing a photoshoot soon after which we plan to release the poster too," reports PTI.

Kangana Ranaut also said that this is the right time for her to start the project as she feels that female artistes are bringing a lot of business in the industry, the PTI report stated. Kangana's last film Manikarnika, in which she also played the titular role, was warmly received at the ticket window.

Kangana has several other projects on hand - including the aforementioned Panga directed by Ashwiny Iyer Tiwari (Bareilly Ki Barfi) and Ekta Kapoor-produced Mental Hai Kya co-starring Rajkummar Rao. She has signed up for the Jayalalithaa biopic. Kangana had also announced that she would direct a biopic on herself in near future.

Because of her over-flooded work schedule, Kangana had to drop out of Anurag Basu's Imali. Kangana, who had worked with the director in Gangster and Life... In A Metro, earlier told PTI: "I feel extremely bad because Imali was giving me an opportunity to work with my mentor again, but I'm on the verge of announcing my own film in a few weeks from now. That has taken a lot of my time and I have conveyed it to Anurag, who understood my situation."