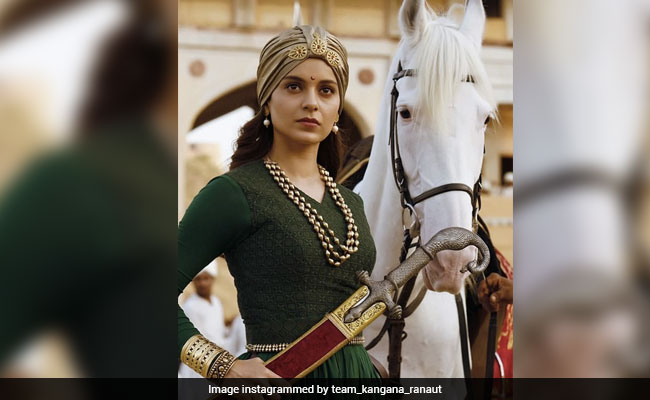 Kangana Ranaut, for her role in Manikarnika: The Queen Of Jhansi, won Best Actress for 2019 (so far) in a poll conducted by BollywoodLife besting Alia Bhatt, who was being voted for Gully Boy. Speaking to the website about the result, Kangana said that she was "embarrassed" that her name was in competition with Alia as her performance in Gully Boy was "mediocre." She told BollywoodLife: "I am embarrassed...What is there to beat in Gully Boy performance... Same snappy muh-phat (outspoken) girl... Bollywood's idea of a fiery girl, woman empowerment and good acting, spare me this embarrassment, please. Media has taken filmy kids love too far... Stop pampering mediocre work or else bar will never be raised."

Alia Bhatt, along with Gully Boy main man Ranveer Singh and director Zoya Akhtar, received critical-acclaim for their work in India and internationally. The film premiered at the Berlin Film Festival, where the screening ended with a standing ovation for the team.

Kangana Ranaut has on several occasions - starting with Karan Johar's show Koffee With Karan - has given statements against nepotism in Bollywood. Alia Bhatt, daughter of Mahesh Bhatt, is one of Karan Johar's protegees and this is also not the first time Kangana targeted Alia Bhatt in her interviews. She told Pinkvilla in February that Alia Bhatt "grows some spine" and supports films about woman empowerment and nationalism. She also said: "I hope she understands the true meaning of success and her responsibilities... nepotism gang life is simply restricted to giving and taking favours, hope she rises above that."

Kangana Ranaut also trended after she said that Ranbir Kapoor, whom Alia Bhatt is reportedly dating, was "irresponsible" for not talking about Indian politics. At that time Alia Bhatt told news agency PTI: "I definitely don't have the ability to speak as candidly as Kangana does, and I really do respect her for that and may be in a way she is right. Sometimes we do hold back."

As of now, Alia Bhatt is looking forward to the release of Kalank on April 17 and her next film is Brahmastra with Ranbir Kapoor. Both the films are produced by Karan Johar. Kangana Ranaut is filming Panga and her line-up of films include Mental Hai Kya, the Jayalalithaa biopic and an upcoming action film, which she will direct.