Kangana Ranaut Says, Haters Will Have To 'Shut Their Mouths After Watching Manikarnika

"I felt that I can do justice to the film as an actor and as a director," said Kangana Ranaut 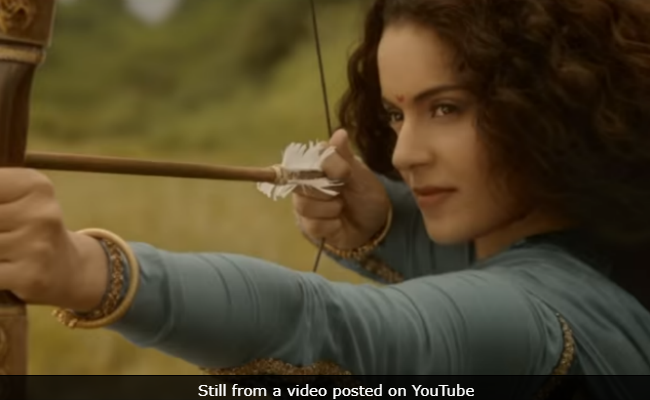 Kangana Ranaut in a still from Manikarnika: The Queen Of Jhansi. (Image courtesy: YouTube)

Kangana, who plays the titular role in Manikarnika: The Queen Of Jhansiand has also directed a few segments of the film, spoke about how she enjoyed her duties as the film's director as well as the lead actor and told IANS: "I feel that's the result of a team work. Initially, I found it difficult but then, I felt that I can do justice to the film as an actor and as a director." The Fashion actress added, "I think God has been kind and I am happy doing both roles. We are very excited for the release of the film. We just can't wait to present the film in front of the audience."

The trailer of Manikarnika: The Queen Of Jhansi released a few days ago and it has over 21,033,568 views on YouTube as of now. Take a look at the trailer here:

Manikarnika showcases the journey of Rani Laxmi Bai. The film marks the Bollywood debut of TV actress Ankita Lokhande. Manikarnika: The Queen Of Jhansi is slated to release on January 25, 2019 and it will clash with Hrithik Roshan's Super 30 at the box office.