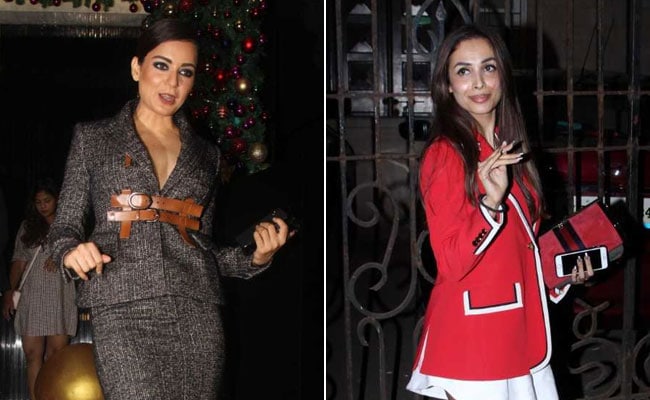 Just like most of the Bollywood stars, Kangana Ranaut and Malaika Arora also celebrated Christmas in style this year. Kangana Ranaut decided to celebrate Christmas with the team of Manikarnika: The Queen Of Jhansi, while Malaika Arora spent her day with family and close friends. Kangana managed to take some time off her busy schedule and attended the Christmas bash which was hosted by fashion designer Neeta Lulla, who is also the costume designer for Manikarnika: The Queen Of Jhansi. Neeta Lulla's party was organised at Mumbai's ARTH restaurant (which has been designed by Gauri Khan).

Kangana, who was dressed in a Tom Ford outfit from head-to-toe, looked stunning as always. For the special night, she opted for a tweed jacket, which she paired with a matching zip skirt and thigh-high buckle boots (which we simply loved). She accentuated her look with smokey eyes. 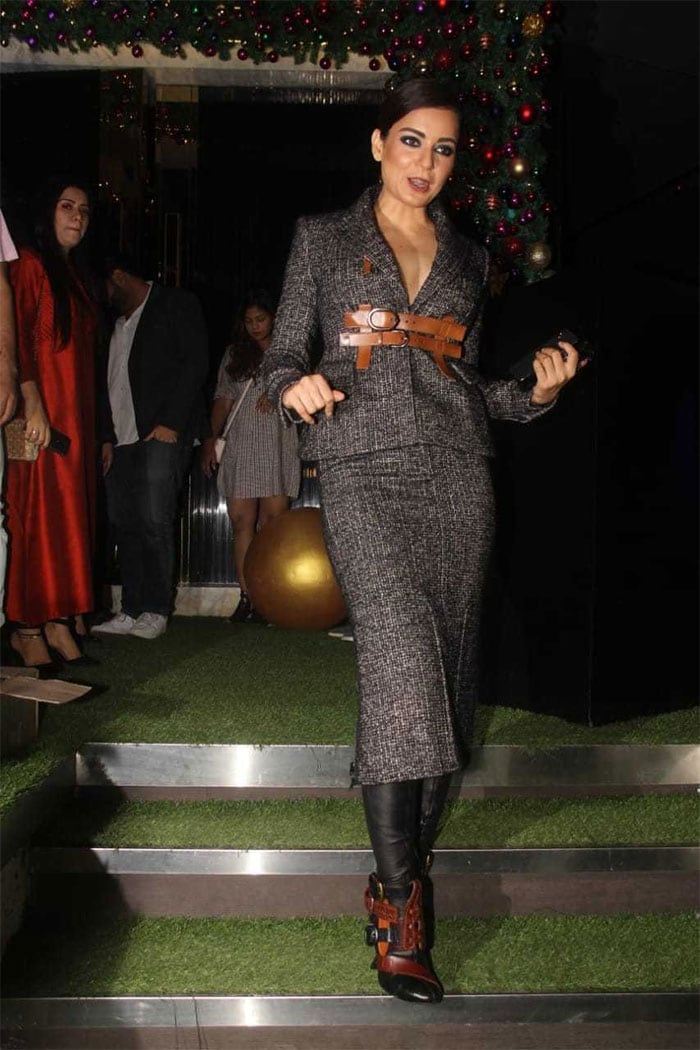 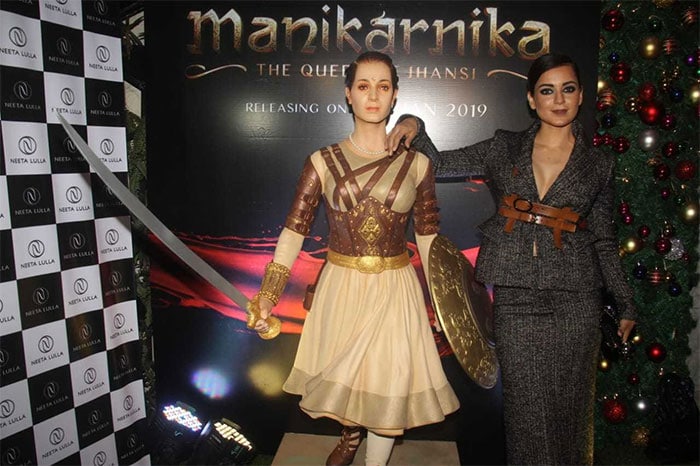 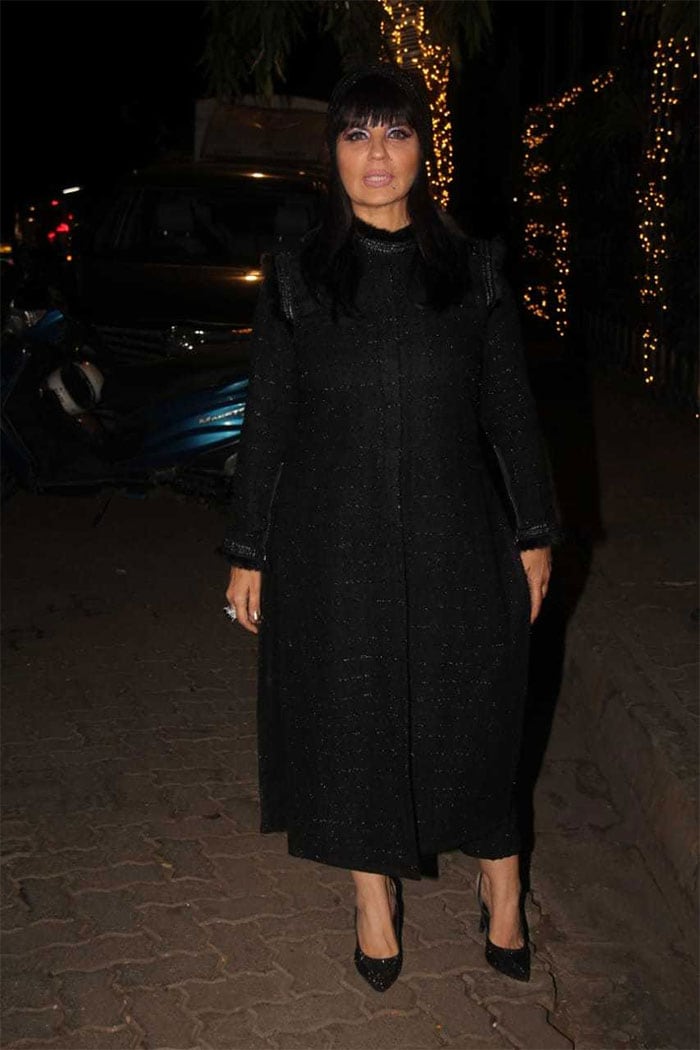 Neeta Lulla at the party.

Kangana's Manikarnika co-star Ankita Lokhande, who plays the role of Jhalkari Bai in the film, was also spotted at Neeta Lulla's Christmas bash. Ankita opted for a pastel outfit. Besides Kangana and Ankita, the film's producer Kamal Jain and Neeta Lulla's daughter Nishika were also present at the event. 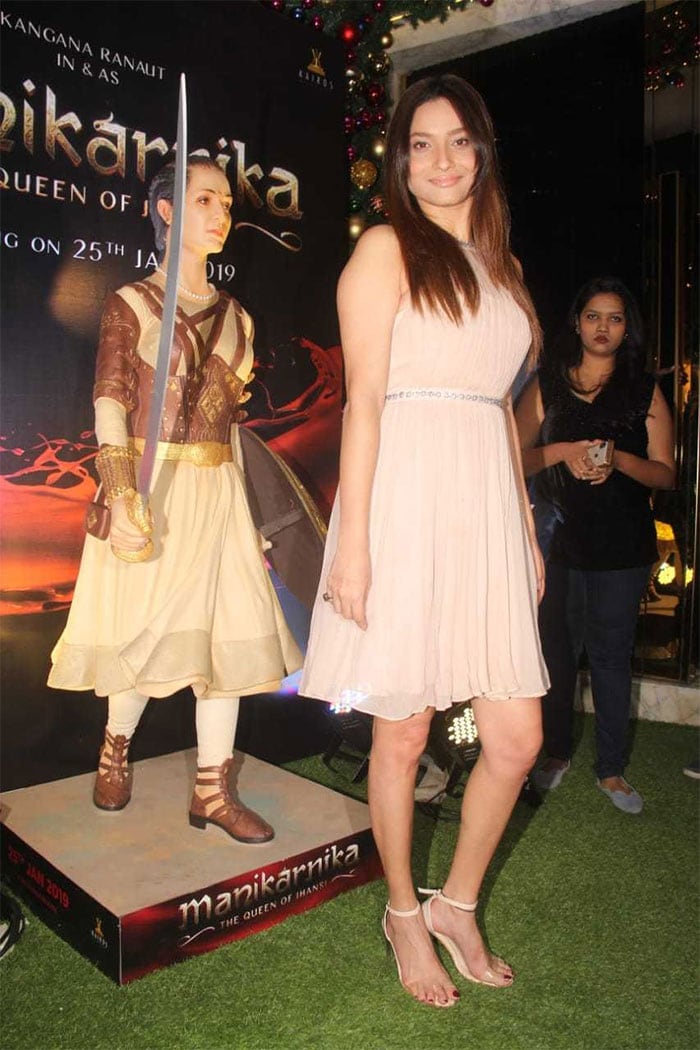 Ankita Lokhande at the party

Meanwhile, Malaika Arora's Christmas celebrations were two-fold. Malaika first attended Sunny and Anu Dewan's party, which was organised on Christmas Eve. She wore a silver pantsuit with glittery heels to the party and shared pictures on her Instagram profile on Tuesday. In the inside pictures from the party, Malaika could be seen posing with her close friends Kareena and Karisma Kapoor and her sister Amrita Arora.

Take a look at the picture first, you can thank us later: 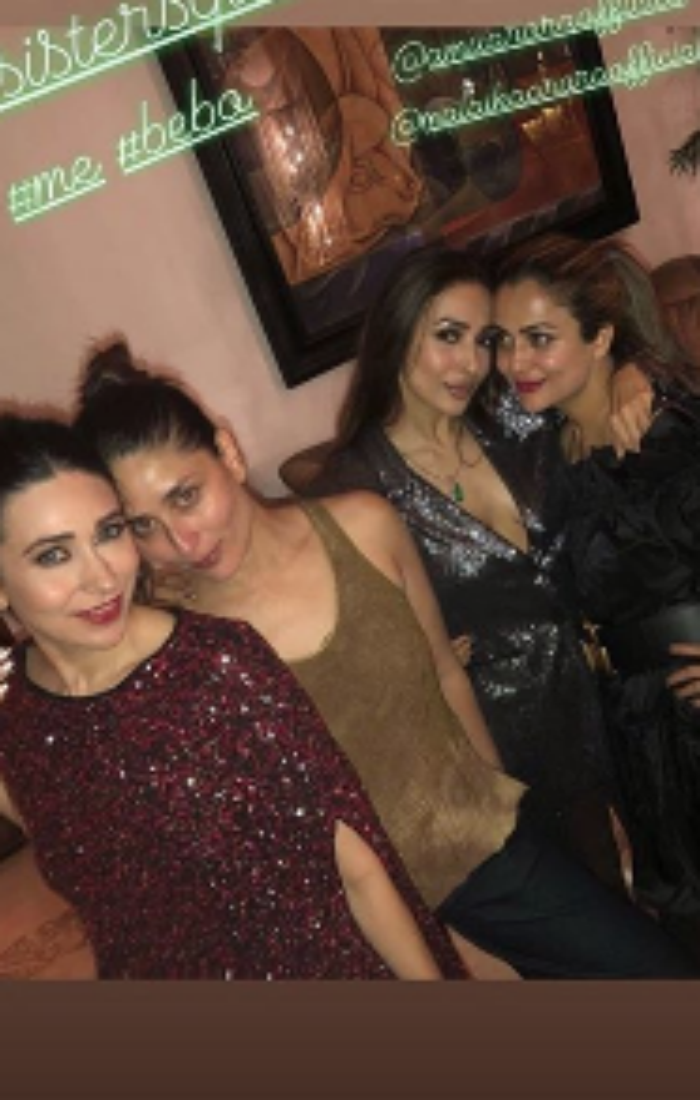 Besides attending showbiz parties, Malaika Arora decided to celebrate the festival with her family. Malaika was photographed outside her mother Joyce Arora's house on Tuesday night. Amrita Arora along with her husband Shakeel Ladak also attended the get-together. Malaika Arora's outfit was perfectly in sync with the theme of Christmas. She looked chic in a white dress, which she paired with a red blazer. Amrita, too was dressed to perfection in a checked outfit, which she accessorised with a black tote. 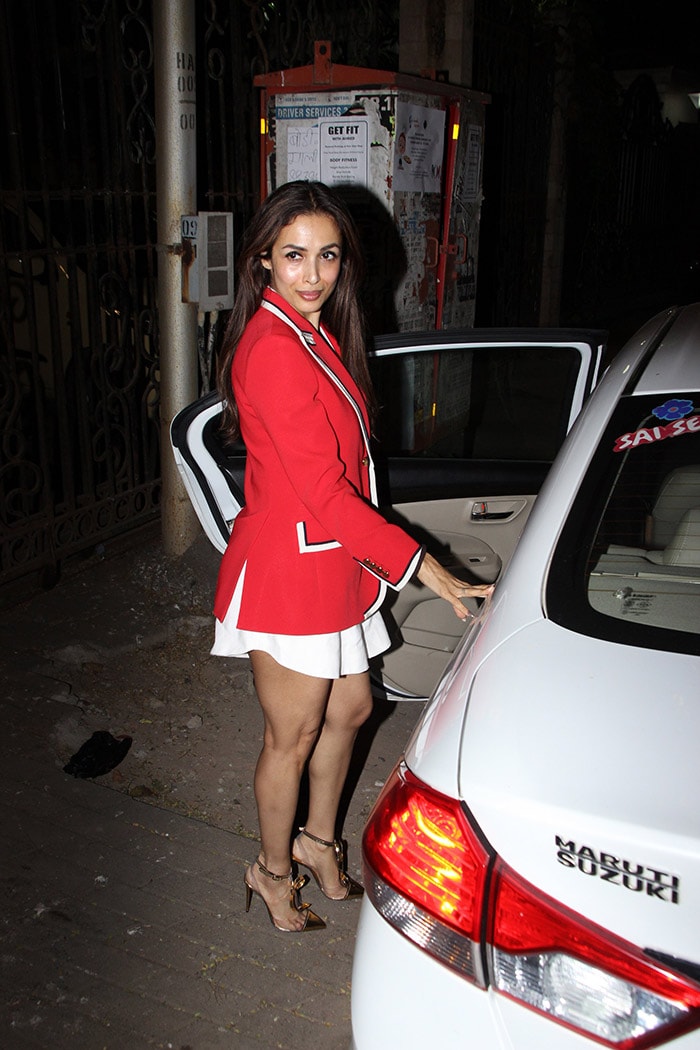 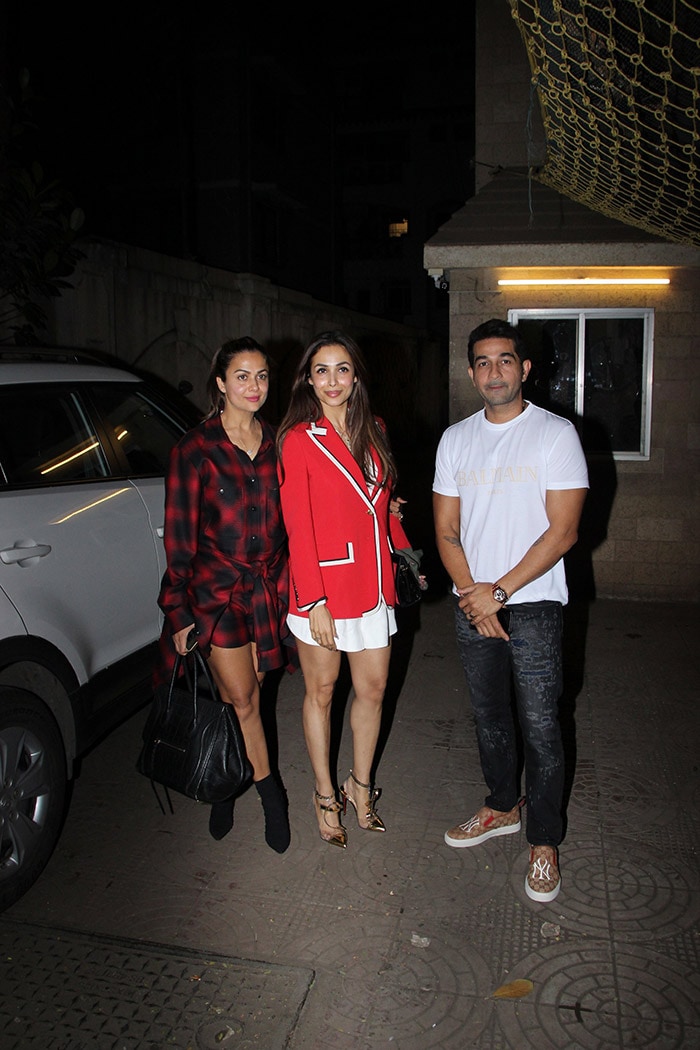 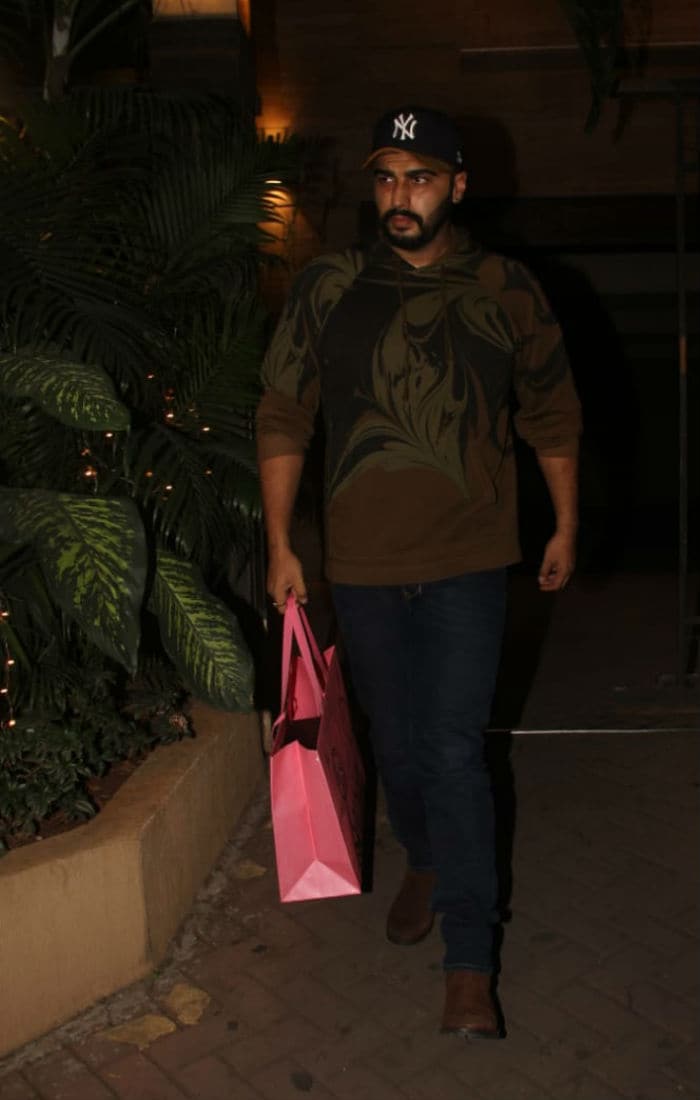 How did you celebrate Christmas? Tell us in the comments section below.