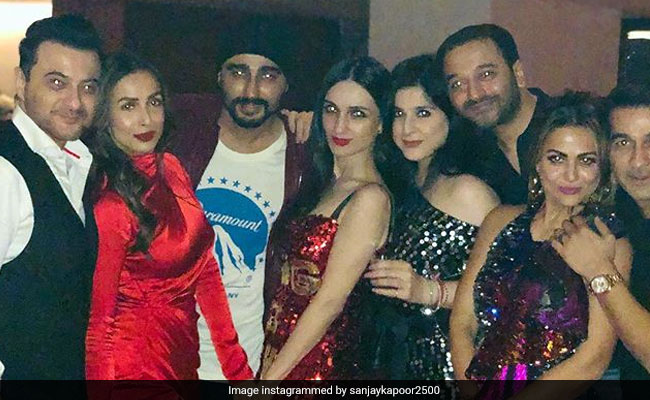 Rumoured couple Malaika Arora and Arjun Kapoor went to filmmaker Ritesh Sidhwani's pre-Christmas bash together and partied like there's no tomorrow! While on Saturday night, the glitzy party was also attended by celebs such as Ranveer Singh, Karan Johar, Ananya Panday, Twinkle Khanna, Shweta Bachchan Nanda, Neha Dhupia, Angad Bedi, Mouni Roy and Amrita Arora among others, Sunday trends witnessed Malaika and Arjun featuring on the list. Arjun's uncle Sanjay Kapoor, who was also part of all the fun on Saturday, offered a glimpse from inside the get-together, in which Malaika and Arjun can be seen twinning in red while they post together - Malaika was ravishing in a short dress while Arjun opted for a more casual look.

The rumoured couple share the frame with Sanjay Kapoor and his wife Maheep, Amrita Arora and her husband Shakeel Ladak and socialite Anu Dewan and her businessman husband Sunny Dewan.

Malaika and Arjun were not the only ones who made a couple's entry to the party. Malaika's ex-husband Arbaaz Khan checked in to the bash with Giorgia Andriani while Farhan Akhtar's plus one was Shibani Dandekar. While Arbaaz and Giorgia were photographed being driven in together, Mouni shared a glimpse of herself posing with Farhan and Shibani from inside the party. 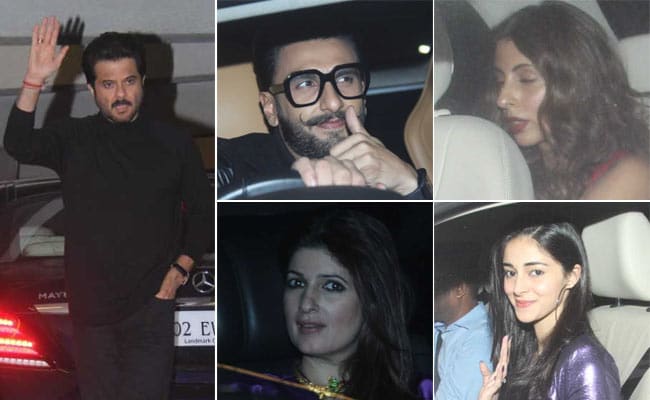 Guests arriving at the pre-Christmas party. 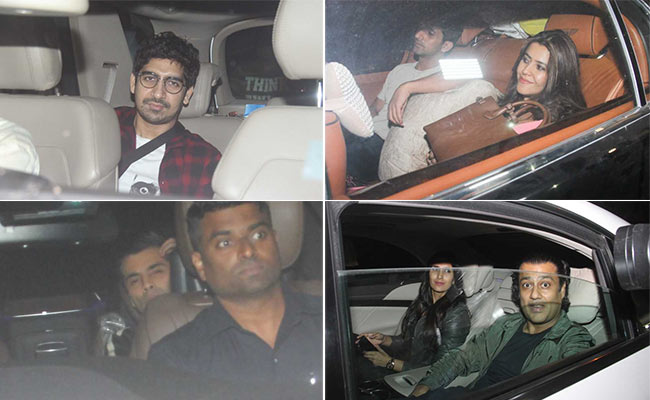 Directors at the party. 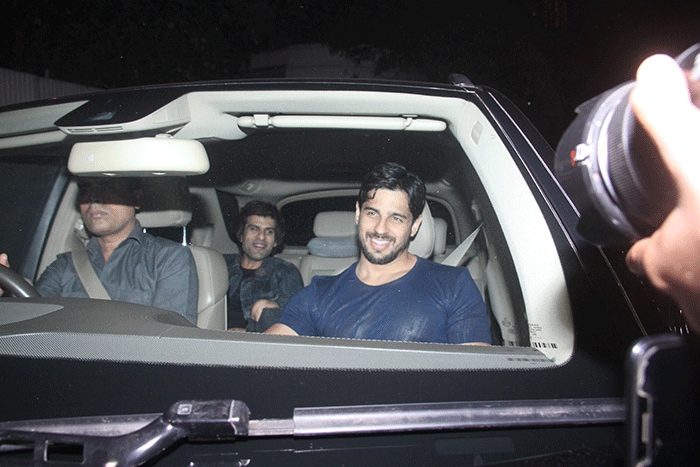 Sidharth Malhotra at the party.

Malaika Arora and Arjun Kapoor, who are reportedly dating, often make headlines for stepping out together in and about Mumbai. They sparked rumours about a possible romance after the actress-model's separation from Arbaaz Khan in 2016.