A furious Mandira Bedi singled out one such user and the comment in her Instagram story and wrote: "People like this need to be given a special mention." 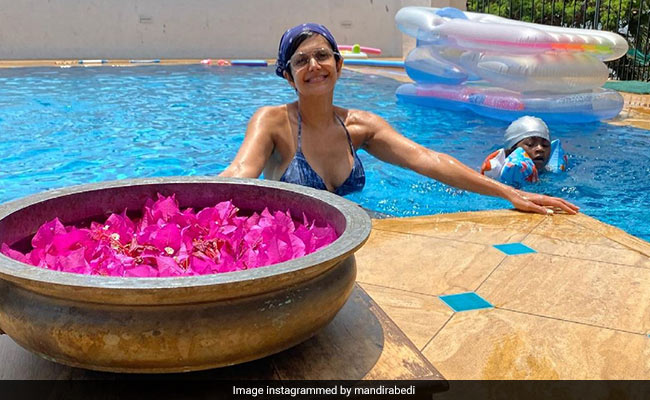 Mandira Bedi called out a bunch of haters in her recent Instagram stories for posting distasteful comments about her daughter. Mandira Bedi and her husband Raj Kaushal are parents to two kids - son Veer and daughter Tara. The couple adopted Tara in July last year, who is just four years old. Mandira Bedi, who is holidaying at a beach house in Alibaug, has been filling up her Instagram with glimpses of her mom life. However, in her recent Instagram stories, Mandira revealed she's been at the receiving end of nasty remarks, crudely suggesting the actress' daughter is a misfit in the family, particularly because she's adopted. A "prop daughter," she was told. A furious Mandira Bedi singled out one such user and the comment in her Instagram story and wrote: "People like this need to be given a special mention. Kudos, you got my attention, you piece of s**t." 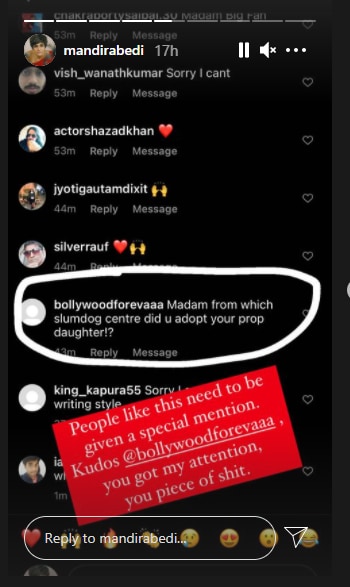 Addressing another troll, who questioned Mandira Bedi's parenting skills and her intentions behind including Tara in the family, she wrote: "Sickos like this, are the biggest cowards too, who only know how to wag their tongues behind the shield of anonymity." Keeping the dark side of social media aside, to Mandira Bedi, daughter Tara is her "lockstar." Like we can see in this post from the Alibaug beach house: "Summing up the weekend. Bougainvilla and endless pool time till we both became Prunes," she captioned a pool photo with Tara.

Last year, Mandira Bedi introduced us to her daughter Tara with a heartfelt note, writing: "She has come to us... like a blessing from above... our little girl, Tara. Four years and a bit... with eyes that sparkle like stars... sister to her Vir. Welcoming her home... With open arms and pure love."

Mandira Bedi and Raj Kaushal got married in 1999 and they welcomed son Vir in 2011. In a talk show earlier, Mandira had revealed that she was "looked at differently" when she decided to have a baby a decade after she got married. In terms of work, Mandira Bedi has featured in television shows like CID, 24 and Kyunki Saas Bhi Kabhi Bahu Thi and is best-known for her titular role in Shanti. She has also hosted shows such as Fame Gurukul, Indian Idol Junior and India's Deadliest Roads.