Malaika Arora, 44, looked fabulous in the white dress and her blonde-streaked wind-swept hair added to the look 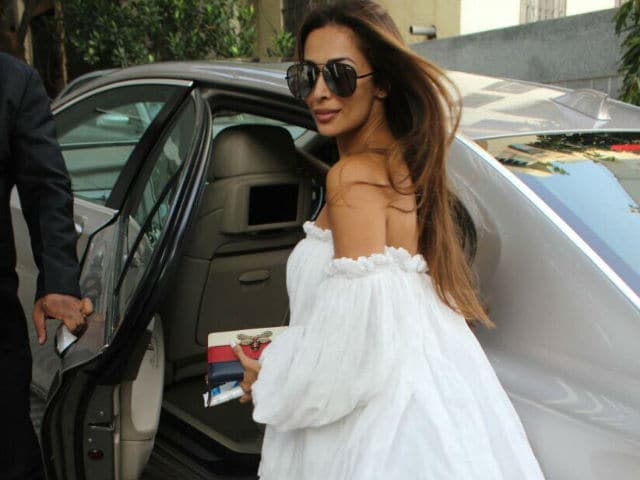 New Delhi: Malaika Arora knows how to make heads turn even on a normal Thursday. While you were sitting and planning your outfit for the weekend party, Malaika took a trip to a salon, wearing a white off-shoulder oversized dress with silver sneakers that will make you applaud her fashion chutzpah. Malaika Arora, 44, looked fabulous in the white dress and her blonde-streaked wind-swept hair added to the look. Are you flipping through website to find a similar dress? Well, best of luck. After all, it'll be a bit difficult to find out Malaika's favourite shopping stop. She's always up-to-date with the fashion trends and is truly a trendsetter. Check out pictures from Malaika's Thursday outing in Bandra: 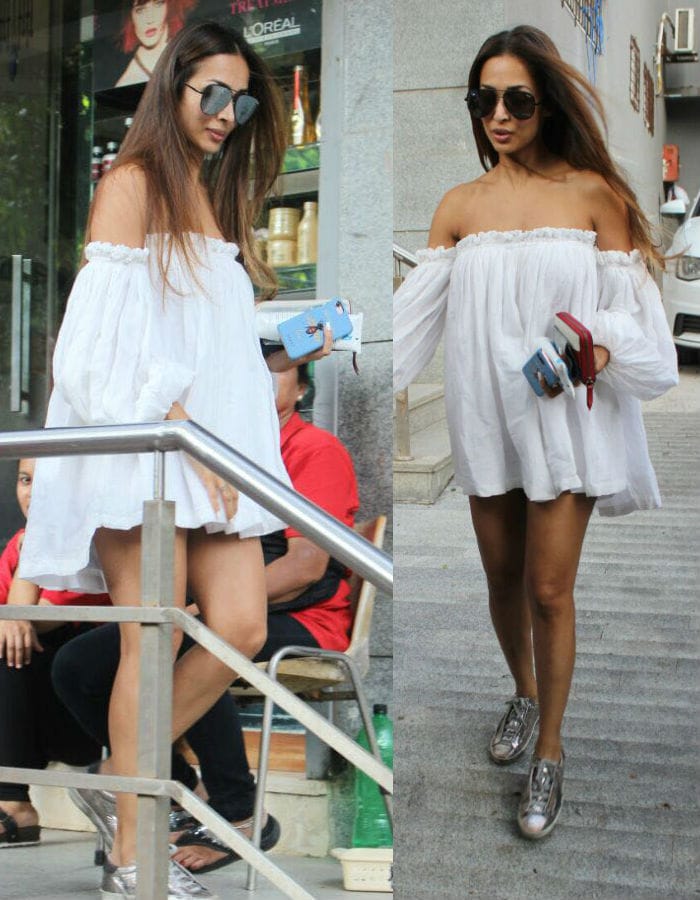 Promoted
Listen to the latest songs, only on JioSaavn.com
Malaika is a model, actress and producer in addition to a fashion curator of clothing line The Label Life. Malaika's co-curates the content of the fashion website with Bipasha Basu and Sussanne Khan. Malaika has featured in films like the Housefull series but she's popular for her dance numbers like Chaiyyan Chaiyyan, Munni Badnam Hui, Ananrkali Disco Chali and Fashion Khatam Mujh Par.

Malaika has produced films like the Dabangg series, featuring Salman Khan in lead role. Malaika was married to Salman's younger brother Arbaaz, also an actor filmmaker, from 1998 to 2016. They are parents to 14-year-old Arhaan. Though Malaika and Arbaaz are now divorced, they celebrate all festivals and grand days with the Khandaan together. Malaika is spotted at the Khans Eid celebrations And Arbaaz almost regularly attends parties hosted by Malaika - like her sister Amrita Arora's birthday.