"Yeah bebo, I have swapped my gym wear for kaftans," wrote Malaika 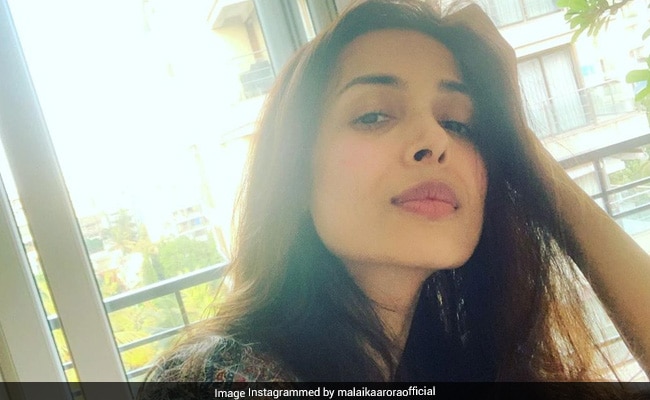 Kareene Kapoor's "kaftan series" inspired her bestie Malaika Arora so much that she took a page from it and changed her wardrobe and look during the lockdown. On Saturday, Malaika shared a selfie and a boomerang, in which she can be seen wearing a kaftan and sporting a no make-up look. Malaika, who was frequently spotted outside her gym before India went into lockdown, said in her post that she has now swapped her "gym wear for Kaftan," which is one of Kareena's three "summer essentials," and her "blow dry hair for messy hair" during the lockdown. She wrote: "Yeah bebo (Kareena's nickname), I have swapped my gym wear for kaftans, blow dry hair for messy hair and make-up for no make-up in lockdown" with the hashtags #kaftantales and #summeressentials.

Reacting to her BFF's post, Kareena shared it on her Instagram story and captioned it like this: "The only thing you haven't replaced is juice with wine. Love you, Malaika."

Yeah my bebo ,, I have swapped my #gym wear for kaftans , blow dry hair for messy hair n make up for no make up in lockdown ..... @kareenakapoorkhan #kaftantales#stayhomestaysafe #summeressentials

And here's what Kareena posted on her story: 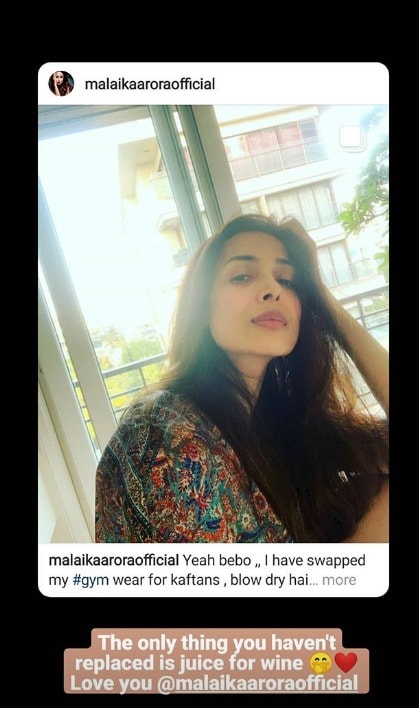 On the work front, Kareena Kapoor was last seen in Angrezi Medium, which released shortly before the nationwide lockdown was imposed in India. The film also featured late actor Irrfan Khan, Dimple Kapadia, Radhika Madan, Pankaj Tripathi and Deepak Dobriyal. Kareena will next be seen in Karan Johar's period drama Takht and Lal Singh Chaddha, in which she will share screen space with Aamir Khan. Lal Singh Chaddha is a remake of the 1994 film Forrest Gump, which featured Tom Hanks in the lead role.